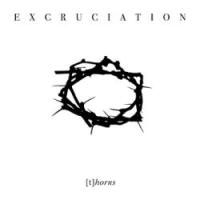 Excrutiaton’s "[t]horns" is definitely a recommendable album for doom metal fans, especially if you got caught up in Paradise Lost’s early 90’s albums. The feel on "[t]horns" is consistently reminiscent of the more doom-infused tracks on "Shades of God" or "Icon". The production is more like the latter, but there is by no means any likeness to the more accessible up-beat tracks on this album, though. If you dug “Joys of the Emptiness” or “Colossal Rains” from "Icon", "[t]horns" is basically an album in vain of those songs.

Upon their releases I would reward both mentioned PL albums 5 on the dice, but today, Excruciation isn’t as fortunate. Their album has its qualities, but the genre has been used for what it’s worth, and then some. "[t]horns" provided a short lived trip down memory lane for me, but nostalgia alone doesn’t provide a long lasting album. The material is to derivative to keep my interest up entirely.

The production fits the music and the execution is well performed and professional on all accounts. I would dare say that the singer does a better job than Mr. Holmes. Still the melodic content is predictable and unoriginal. But if you miss the tristesse of 90’s Paradise Lost at its most doomy, if you wished they’d never change but continued making their best albums over and over, Excruciation might be your new favorite album. Check it out, just don’t expect the reinvention of the wheel, or anything else for that sake.