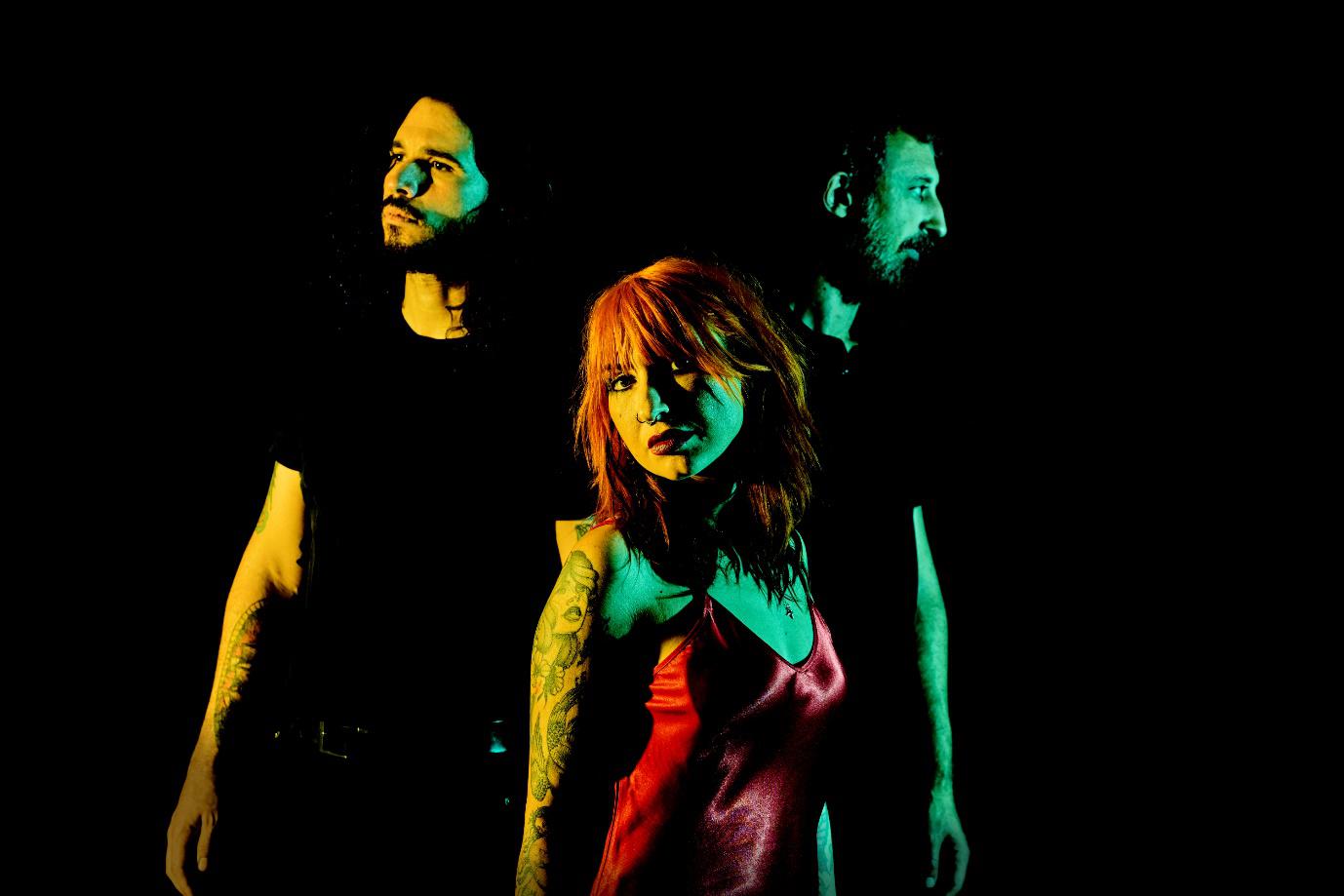 Atmosphere in music is the primordial ooze from which all sound must emerge, the glue that holds everything together whilst highlighting the sounds housed within. Spain’s Rosy Finch use every tool at their disposal to create an atmosphere that builds eerie shadows and ethereal darkness in which they brew a heady mix of sludge and stoner grooves and 90’s era alternative potency, escalated by overdriven guitars and passionate, unearthly vocals.

Purgatorio is the first single and video taken from the bands highly anticipated EP Seconda Morte, a moody, thrilling journey based on the poem The Divine Comedy, which releases on the 4th November 2022 via Lay Bare Recordings, Discos Macarras, and LaRubia Producciones.

“Purgatorio is the second part of the Dante’s The Divine Comedy and the first track on side two of the new album.” Says vocalist and guitarist Mireia Porto. She delves a little deeper into the meaning behind the song,” It’s about Dante’s journey through Mount Purgatory, describing the climb to the seven terraces which all represent the seven deadly sins. The punished souls residing there are suffering and expecting to receive forgiveness and Dante believes their sins arise from love.”

The video was directed Mireia and shot by Marcos Bañó at Creative Madness Lab, as well in a mountainous red-sand desert, representing the Mount of Purgatory, where Dante is watching a sinner stuck on the terrace of the wrathful.

“For me, this is the most common sin: harm of others for not facing your own demons. If you’re trapped in a life full of pain caused by a perverted love, the violence will find you.” Comments Mireia.

The trio burst onto the scene in 2013, founded by singer/guitarist Mireia Porto (who also later played with stoner doom phenoms, Hela). Having released two successful full-length albums and an EP, the line-up changed in 2019 during the recording of their barnstormer 2020 album, ‘Scarlet’. Óscar Soler (previously of space-rockers Pyramidal) and Juanjo Ufarte (from psychedelic doom merchants, Grajo) took over on bass and drums respectively, and a new day dawned in the Rosy Finch camp, one filled with heightened aggression and intent.