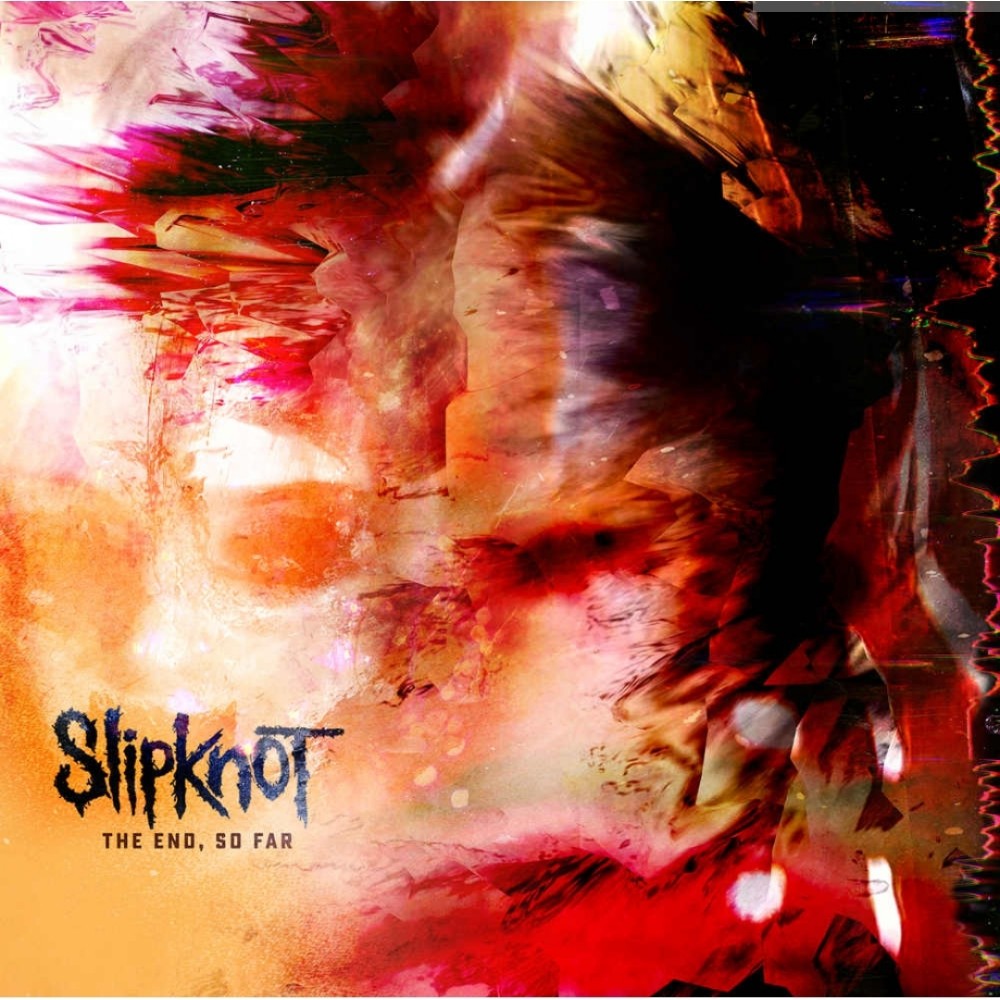 SLIPKNOT – The End, So Far

Whether you like them or not you know who they are. Formed through a very convoluted process of “now you see me now you don’t” musical endeavors which settled at first on The Pale Ones and then permanently on Slipknot in Des Moines, Iowa, in 1995 initially consisted of percussionist Shawn Crahan, drummer Joey Jordison and bassist Paul Gray, musicians with experiences ranging from thrash metal to death metal bands which positioned them well for the 1999 eponymous debut as Slipknot. A band which had hardly anything to do with Christianity (although the ballad “Circle” curiously features the words “all of my questions are answers to my sins”), it did have a devout Christian among them, guitarist Daniel Steele who had left Slipknot after discussions regarding the band’s lyrics with the producer, Sean McMahon. The rest of the band respected the guitarist’s reasons for choosing to leave, although some have criticized his lack of communication regarding his decision to do so. The band gained profoundly by replacing their original vocalist, Anders Colsefni with Stone Sour vocalist Corey Tailor (whose departure caused Stone Sour to disband in 1997). Slipknot had been initially reluctant to reveal the identities of their members which grown to a line up of 9 (!) all of whom wore gruesome masks and referred to themselves by numbers, but after several lineup changes in its early years, Slpknot revealed the nine members (for more than a decade) to be: Michael Shawn “Clown” Crahan, Joey Jordison, Paul Gray, Craig Jones, Mick Thomson, Corey Taylor, Sid Wilson, Chris Fehn, and Jim Root. Gray died on May 24, 2010, and was replaced during 2011–2014 by the returning guitarist Donnie Steele.

While I saw a lot of potential in both their eponymous debut¹⁹⁹⁹ and “Iowa”²⁰⁰¹, it was “Vol.3: Subliminal Verses”²⁰⁰⁴ and, especially, the infectious “All Hope Is Gone”²⁰⁰⁸ which really got my attention for the melodic and elegant songwriting which continues now on “The End, So Far”, but I don’t care for either “.5: The Gray Chapter”²⁰¹⁴ or, especially, “We Are Not Your Kind”²⁰¹⁹ (with the sole exception of the closer “Solway Firth”) because of what I find to be a series of interesting ideas which fail to morph into memorable tracks. “The End, So Far” capitalizes on these ideas whilst borrowing from every era and stylings of all their albums, be it the debut or “Iowa”. In fact, take the first 3 albums and add to it the catchiness of the 4th and experimentation of the two predecessors and you’ll have a pretty good idea of what to expect.

Now, the album does open on a surprising note, with “Adderall” not at all brutal or even heavy metal but a bluessy jazzy vocal with bass, something more likely to be heard in the 70s, although it’s not that far removed from “My Pain” from their previous release. Right away Taylor’s vocals show themselves to be smoother similar to Red Hot Chili Peppers’ Anthony Kiedis, a vocal reference that is heard throughout this 12 track album. A Quiet Riot-like sung intro to “The Dying Song (Time to Sing)” and the album explodes in the aggresion known from “Iowa” but with more nuance and melody, followed by a similar even more melodic but a little hardcorish “The Chapeltown Rag” and the creepy ballad “Yen”, but those three are already known to us from the video singles. So Corey evidently wants to be a little more of a singer than a screamer but he does do it very convincingly. His vocal craziness on “Hive” even recalls Mike Patton’s vocal theatricks from Faith No More’s “King For A Day, Fool For A Lifetime” and a fantastic melody in transition I can only call triumphant, which is ushered in after an excellent melodic chorus even if the song is riddled with the over the top “f” bomb nu metalism I never really cared for in the genre, something another nü metaller Soulfly’s Max Cavalera is famous for. My favorite track, “Warranty”, begun with a “Catch 22” Hypocritical riff (which was Slipknot-influenced to begin with) is the first of the two perfections, with a chorus so good and catchy I sing along to it with every exposure as it brings to mind songs like “Vendetta” from “All Is Lost”. Halfway through the album it’s clear that Slipknot ’22 packs a lot of different vibes, moods, melodies and riffs into one track that it’s hard to be bored here. And the 2nd half is actually even better.

On “Medicine For The Dead” I hear modern Trivium and Taylor’s vocals even resemble Matt Heafy’s a great deal but there is some modern Machine Head and even Metallica’s “Where The Wild Things Are” from “Re-Load”, another ballad after “Yen”, very well written and executed. The Pink Floydish and Stone Temple Pilotsy “Acidic” may be a bit of a step down but the Megadethian “Heirloom” is a thrashterpiece with the opening drumroll highly reminiscent of Pantera’s “13 Steps” and this quality is maintained for both “De Sade” and the progressive “Finale” from which it is separated by a comparatively mediocre if typically Slipknotty “H377”. Corey Taylor mentioned latter Death as one of the influences on this album and the ending is where it can, indeed, be heard. Indeed, if the album does begin on a rather dull note then its ending is truely epic.

Over 30 milion records sold worldwide, nearly 30 years of attention-grabbing explosive energetic chaotic live shows built on just 6 full lengths and Slipknot is still going strong with their 7th installment, a very good, versatile and creative statement that’s still 100% Slipknot even if so many people have reportedly been disappointed by it. For a band who, along with Korn, Coal Chamber and Soulfly, spearheaded the surprising mix of superdowntuned doom groove with death metal stylings later dubbed nü metal Slipknot have grown into a more accessible yet also more creative construct. It’s no “All Hope Is Lost” or “Subliminal Verses” but it’s more coherent and catchier than its two predecessors so, for the life of me, I honestly do not get the hate it’s received.