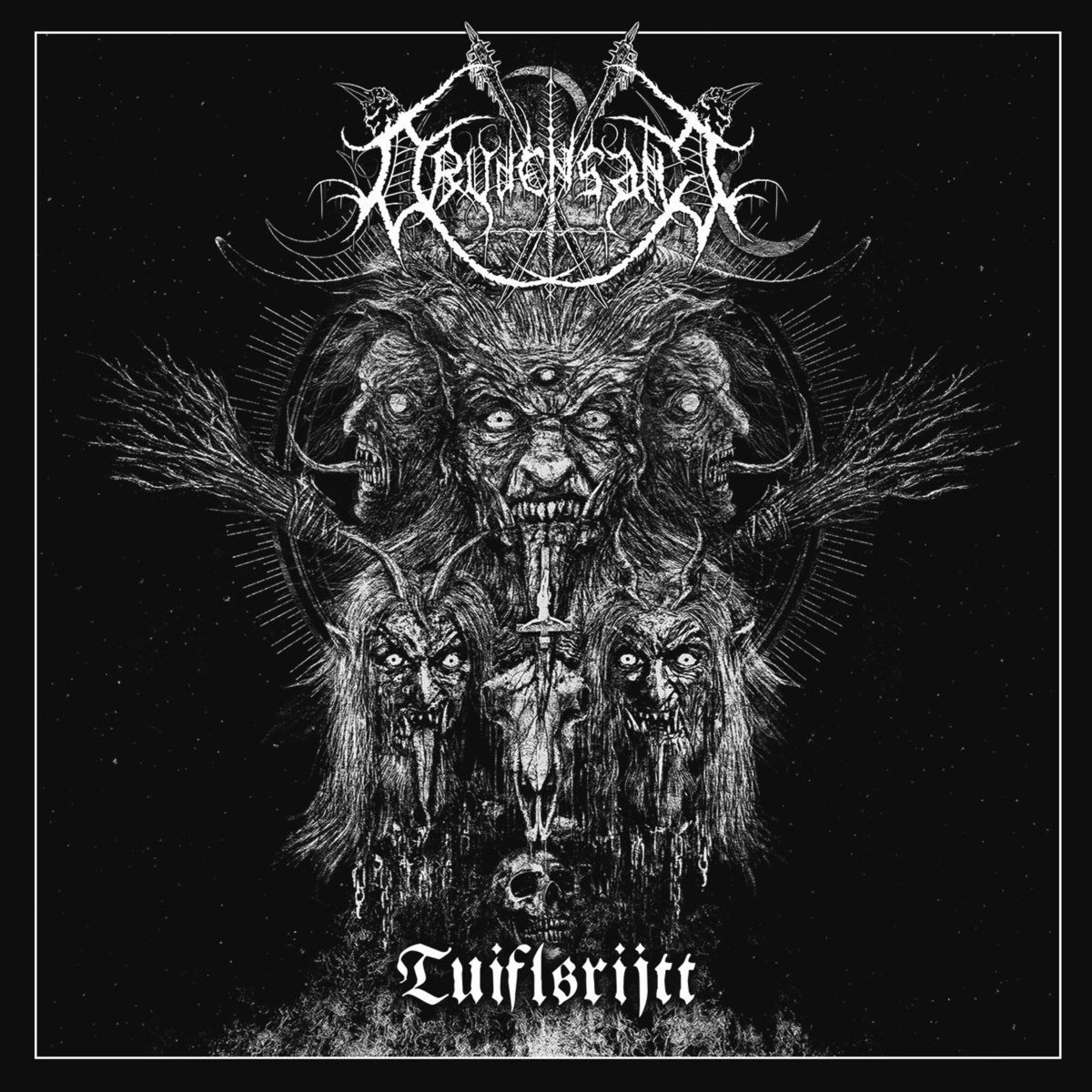 This great-looking CD showed up on my doorstep a few weeks ago and turned out to be a rather cool surprise in many ways. The German outfit Drudensang dabbles in harsh and intense yet melodically rich black metal that employs many of the usual tropes and motifs found within the genre back in the mid-to-late 90s to pretty good effect. There is a melancholy twist to these solid compositions that really comes to the fore in such icy cuts as ‘Hexntreyber’, ‘Seelengift’, and the darkly romantic, wintry-sounding title track. This is raw black metal with a sense of direction and diversity to it, and even though these guys bring nothing new to the table in the sense that the tone, style, and aura of this hellish output will most likely strike you as known and familiar territory, it possesses quite a few memorable moments.

Tuiflsrijtt might not be one for the history books, but it is a worthwhile offering with a nice flow to it and most certainly a promising debut full-length assault too. The majestic and somewhat eerie 10-minute piece titled ‘Rouhnåchtszauberey’ ought to convince you of that.