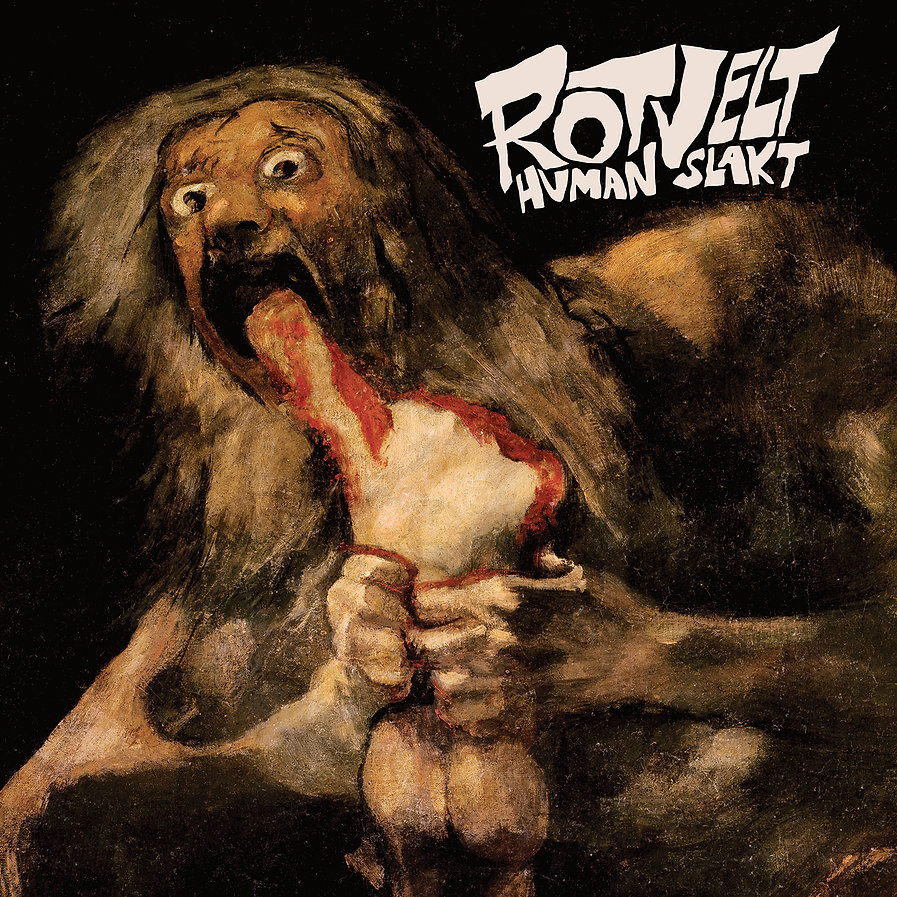 Human Slakt by the Norwegian outfit named Rotvelt is a real treat, and this analogue-sounding fireball contains energy and spark in spades. The output is primarily punk-influenced but there is something akin to harsh and unpolished indie rock that sneaks into the musical framework too, which basically means that this vigorous and refreshing thing is quite the explosive and raging fucker overall. There is drive, edge, and dynamics to such instantly memorable tunes as ‘Den Andre Siden’, ‘Liv i Det Fri’, ‘Solgløtt’, and ‘En Enestående Tjener’. Also, the lyrics are awesome and there is sarcasm, irony, and wit to be found there as well as a bit of social commentary, so in other words, they contain more substance than meets the eye at first. Before I forget, I need to point out that the vocals are very cool and that they complement the simple yet effective riffs splendidly.

Concise and to the point, Human Slakt is utterly charming and soaked in an atmosphere that shimmers with a palpable sense of joy, understated melancholy, and a solid dose of spite, and it sounds absolutely glorious on vinyl. Favorite tracks include ‘Solgløtt’ and ‘Desperat’.

RESTLESS SPIRITS – Second to None