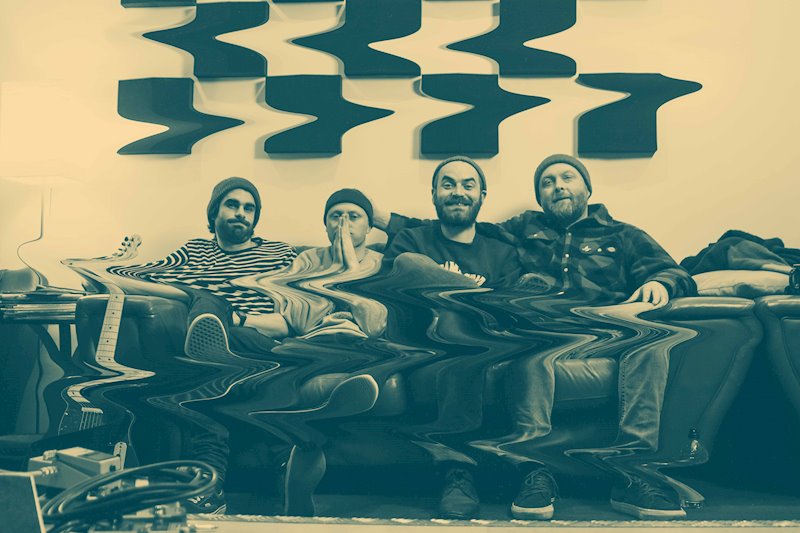 Hailing from Swansea, UK, Hot Mass take their eclectic taste in music and throw it all into the melting pot to create some melodic, grunge fuelled, indie popping, jaw dropping, punk bangers awash with defiant upbeat lyricism.
They released their debut record ‘Nervous Tensions’ in 2016, a record filled to the brim with raw energy and young ideas. In the wake of this, Hot Mass embarked on successful tours around the UK and Europe supporting bands such as The Menzingers, Iron Chic, Toys that Kill and The Bouncing Souls.
Watch the videos for “Lung Capacity” RIGHT HERE at PRETTYINNOISE and jump to THIS LOCATION for the “Astrosurf” Video.

Preorders Posted.
Hot Mass are now back with their 2nd album, titled ‘Happy, Smiling and Living the Dream’. Featuring 12 melodic and poignant songs the album expertly combines driving rhythms with their talent of infusing catchy melodies. The sounds of early college rock, 90’s grunge and UK punk particularly shine through on this record. The band feel more self-assured than ever and play with themes of joy and melancholy with relatable lyrics that take a satirical, questioning and sometimes apathetic stance on world affairs and modern lifestyles.
“Happy, smiling and Living the Dream” is set to be released in Autumn 2022 via Brassneck Records (UK), This Charming Man Records (EU/GER), Black Numbers (US)
photo-credit: Hot Mass
facebook
bandcamp
spotify
apple music