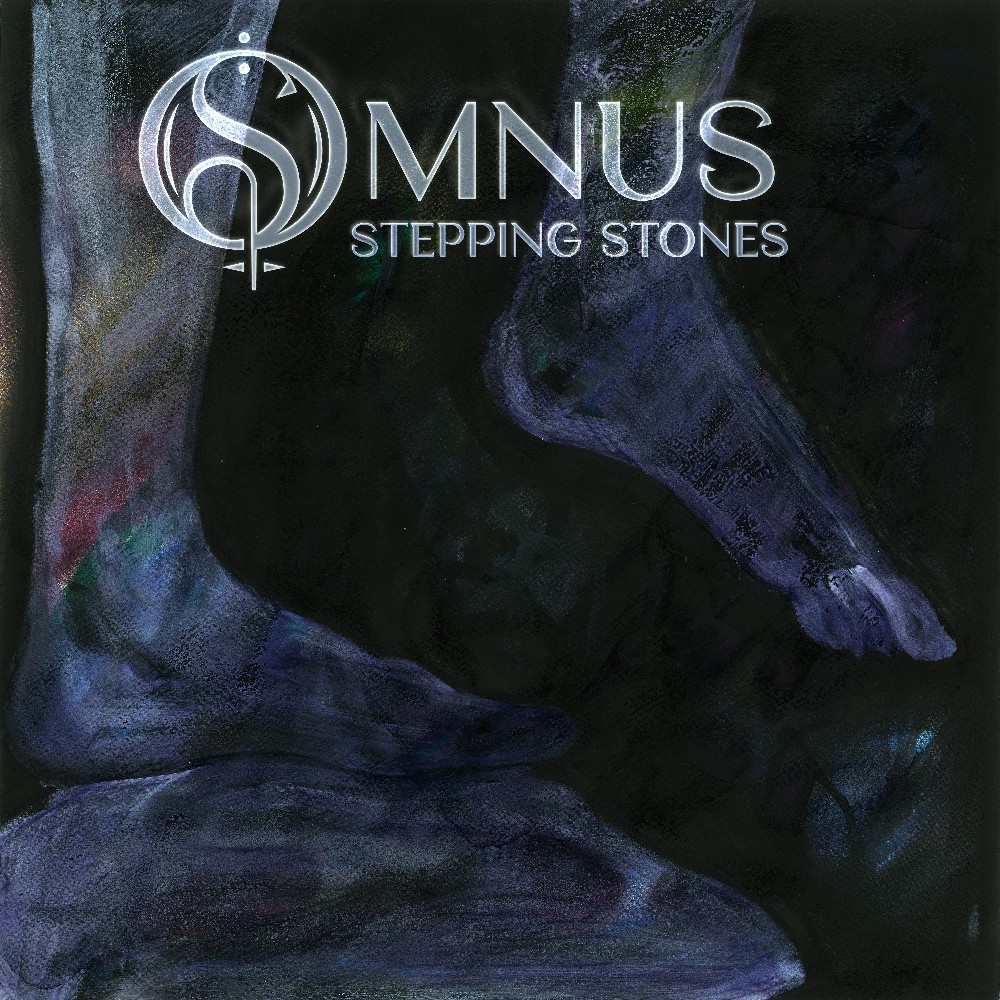 In a line of original albums released recently (up to 1 year) I have presented Never End’s “The Cold And The Craving”, Addiktio’s “Anthem For The Year 2020” and Deathglow’s “Machine Skin”. “Stepping Stones” is another original release, a debut by a Norwegian trio Omnus consisting of Geir Wetterhus (vocals), Christian Foldal (guitars) and Ola Moum (piano), a 5 song EP of self-described New Age heavy metal, an EP with a running time of 34:11 min, which is about that of an average Swedish death metal full-length, and I have to say I like what I hear here a lot.

My favorite track, “Bury Me In Darkness” happens to be in the middle, led by Moum’s surprisingly melodic piano (considering the sparingly melodic two predecessors) and guitar melody with female opera vocal akin to “Gothic” Paradise Lost then joined by Wetterhus’ growling, it recalls Theatre Of Tragedy’s “Aegis” (my wife’s favorite heavy metal album), except it’s heavier and darker and it suddenly halfway turns into a thrashy groove with a fantastic “storytelling” solo bordering on virtuosic. The closing “Celestial Star” is another highlight, with Moum’s solitary piano start reminiscent of Evanescence’s “My Immortal” but also very classical until it ushers proggy riffs then djenty ones followed by heavily operatic very emotional female vocals, as riffs get almost hip-hoppy, that recurring melody as if about some terrible tragedy, with excellent drums, excellent guitar leads which get more and more jazzy while resembling Dream Theater, everything just masterful and concluded with a very powerful emotional ending as if everything thrown in for the best. What a rush!

The rest of the tracks seem to be more hypnotic and repetitive, such as “Debauchee” where I hear influences from Meshuggah, Tool and Heaven Shall Burn with the syncopation strongly reminiscent of Living Sacrifice’s “Truth Solution”, or “Diaphanous Wife” where the female vocals turn it into a kind of spiritual opera and it’s notworthy that I, who am not the greatest fan of opera, really like that. Frankly, the only track I’m not completely sold on is the opener “Age” despite some cool distorted Lamb Of God, Pestilence and Sadist references. It’s still far from a filler but it’s one track where we are reminded that this is a debut and an EP at that.

I think “Stepping Stones” is a prophetic title as I see a lot of potential in this material if only Omnus would tighten up their songwriting a little bit for future endeavors. I recommend this one to those who are looking for something new in metal.