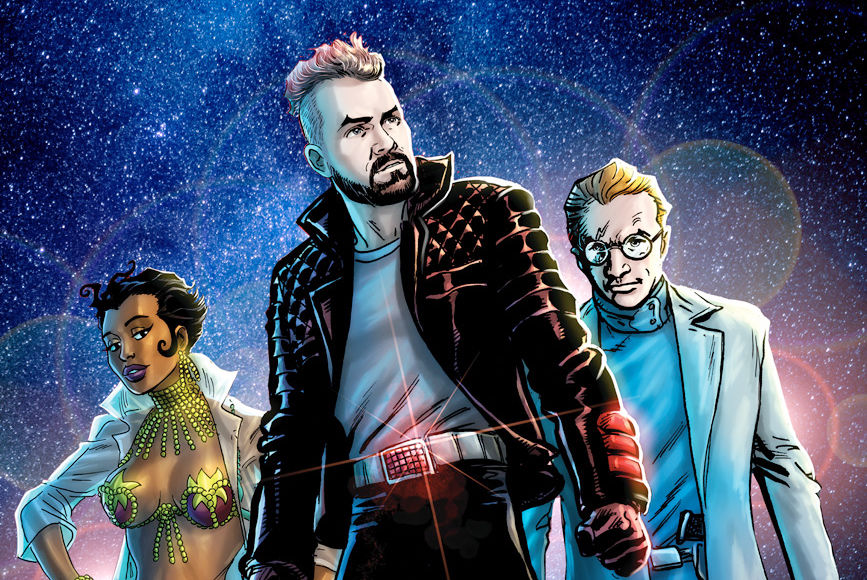 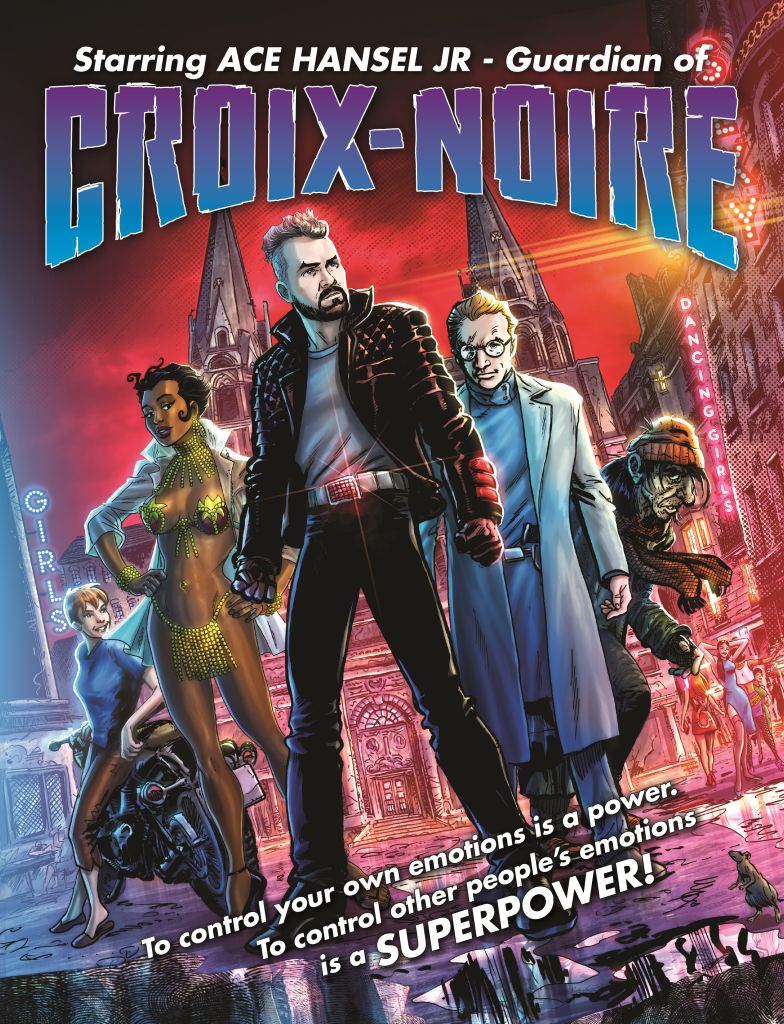 “Welcome to the armpit of the world. Did I say armpit? That’s way too kind.

Think of somewhere lower down where the sun never shines.”

Following the stunning debut in Shift magazine of issue one of the comic series ‘Croix-Noir’, the first chapter of the standalone comic and the musical debut of Croix-Noire is released – ‘A Whole New Day’. Today also marks the unveiling of the Roblox game, available to access in-game, and via the Croix-Noire website. Step into the world of Croix-Noire, but watch your back. This is not the safest place to be. Croix-Noire is one of the roughest areas in France, full of deadbeats, drug addicts and hookers. And that’s just the municipal library!

Spearheaded by huge names in the comic, game and music industries, the dangerous world of Croix-Noire will take the form of a 140-page graphic novel, a game hosted on the ROBLOX platform, a full-length music album and a graphic novel which will be released in 7 monthly comic issues. Prior to the August 1st release of the album ‘Songs from Croix-Noire’ (on vinyl, CD cassette and digital), each issue of the comic will coincide with the release of one new track from the album with the first single ‘A Whole New Day’ welcoming the listener into the moral kaleidoscope of the streets and clubs of Croix-Noire.

“Ace Hansel Jr is a fictitious, B list, capeless superhero,” says Batt. “He lives in and looks after a dark and dangerous world based on a real French red light district familiar to Jean-Charles.” When the two met, Batt was struck by the unusual imagery in Capelli’s notebook and the duo used these pages as direct inspiration for the project.

“Everyone has a place they return to in their dreams. It might be real or imaginary. It might be a mixture of the two. You might spend the rest of your life trying to work out why you keep going back there. For me, Croix-Noire is that place” says singer-songwriter (and the voice of Ace Hansel Jr) Jean-Charles Capelli.

While writing the songs for what would become the ‘Songs from Croix-Noire’ album, and knowing that they were creating an entire world that had to be strong in character and plot, Batt and Capelli turned to acclaimed writer David Quantick. Batt says, “we invited David to write a 50 thousand word novella expanding the mythology and dramatic range of the characters, so the reality and the fantasy would merge as seamlessly as possible.”

Jean-Charles adds “Every song on the album is either about, or inspired by someone in my life, either just as they are, or as developed in David’s novel. At the same time, David was feeding off our album ideas to write the novel. It was a fascinating process”. 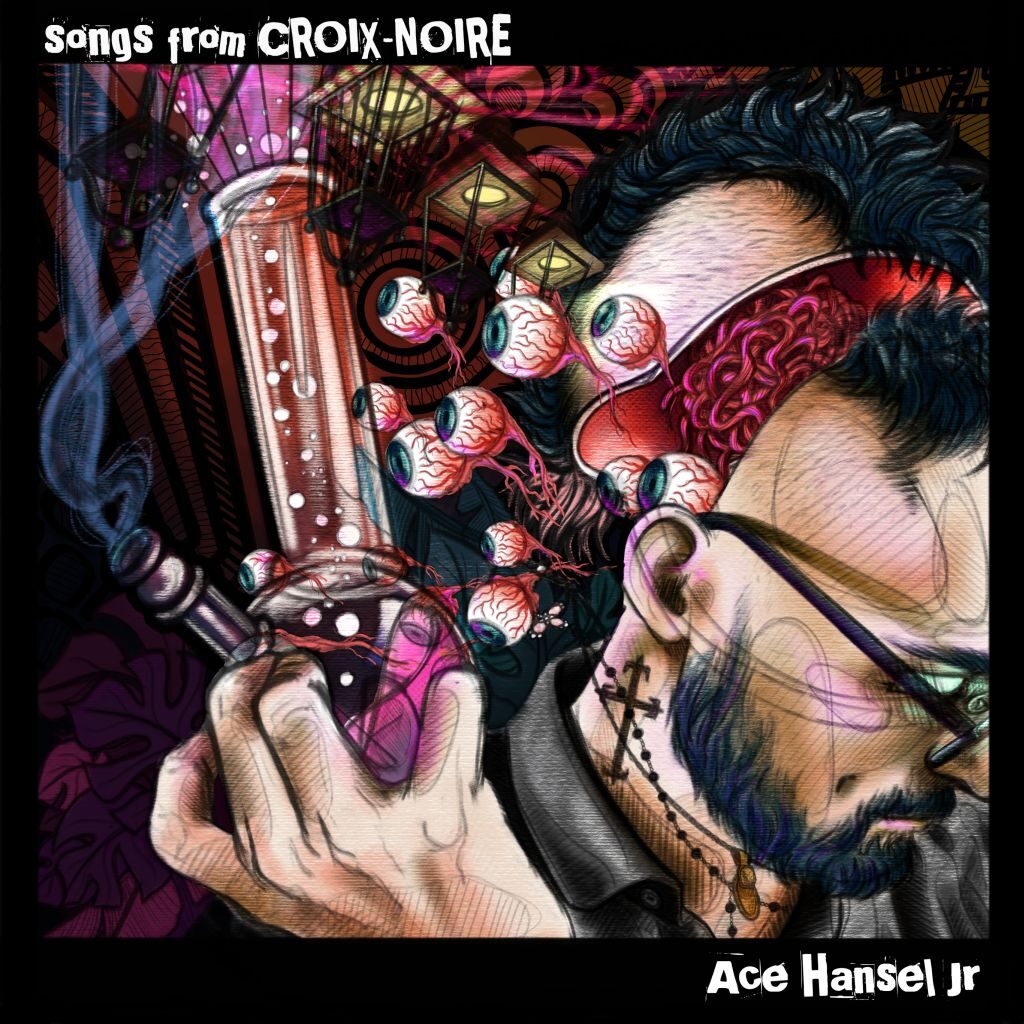 Ace is equipped with the means of manipulating emotions using new and unique technology, enabled and facilitated by his senior-citizen sidekick, inventor and strategist Colonel Talbot. Readers will be immersed in a grim world filled with intrigue, mystery and all manner of lowlifes, villains and rejects.

To give fans just a taste of the graphic novel before its full release, a flipbook of the first 13 pages is currently available for £3.99 in the prestigious Shift compilation magazine issue #10. Unusually, Quantick’s prose novella chapters will also be bound into the printed comics so that readers may compare the two formats. Ace’s first single, ‘A Whole New Day’ may also be accessed via a QR code contained within the comic.

NORDJEVEL Unleash The Title Track Of Their Upcoming Album