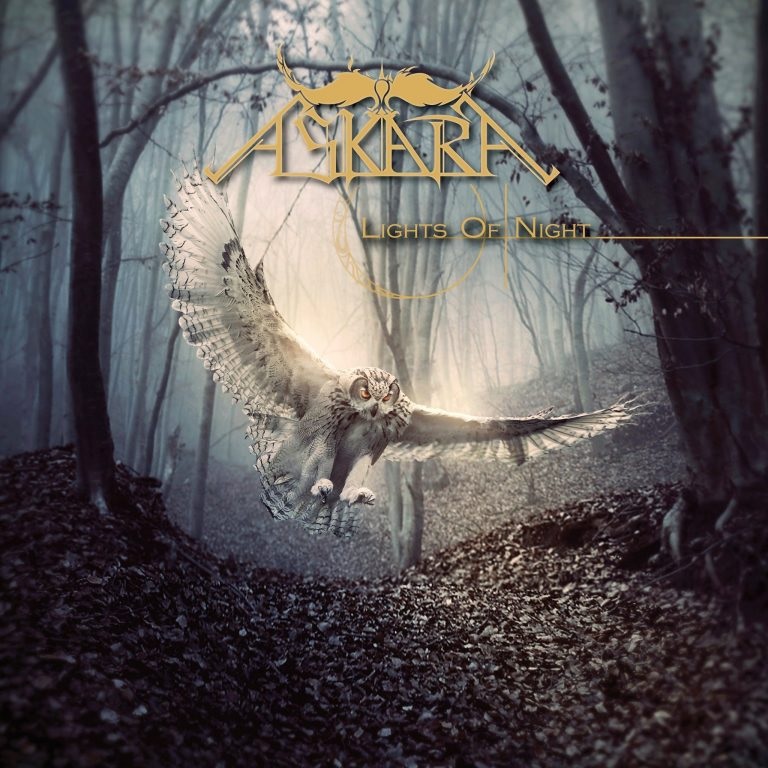 This sophomore full-length album by Swiss dark metallers Askara is about to see the light of day via Fastball Music, and I must say that this one turned out to be a rather interesting musical encounter in that their brand of morose metal possesses a strangely romantic aura that I find appealing.

There is a nocturnal and melancholy hue to these melodically rich compositions that bring to mind The Blood Divine’s “Awaken” opus (1996) but Askara’s material is more baroque-sounding and folk-inspired judging by the overall vibe of the compositions and the images that they evoke. In many ways, listening to “Lights of Night” takes me back to some of the goth metal albums that I listened to in the late 90s, and I cannot help thinking of Haggard whenever I spin this 11-track disc. The mournful pianos and Elia Schmidt’s clean vocals are without doubt the highlight here whereas the growls lack conviction and leave something to be desired. A punchier and more organic production would have served the guitars well, but the musicianship is generally pretty solid, and the majority of songs have a nice flow to them as well as some inspired ideas and twists with respect to the arrangements and structures. Memorable tracks such as “Hibernation”, “Viator”, and “Seven Years” show that “Lights of Night” is all about passion, atmosphere, and strong emotions. Also, those cellos are simply lovely and add an enchanting vibe to the proceedings, and if there is one thing that the LP does not lack it is expressiveness and imagination.

It may not be flawless, and they really ought to do something about the growls and aggressive vocals, but overall, this is an enjoyable listen and one that shows promise and potential regarding the band’s future. Like I said earlier, there is something about its autumnal sense of melancholy that works for me.