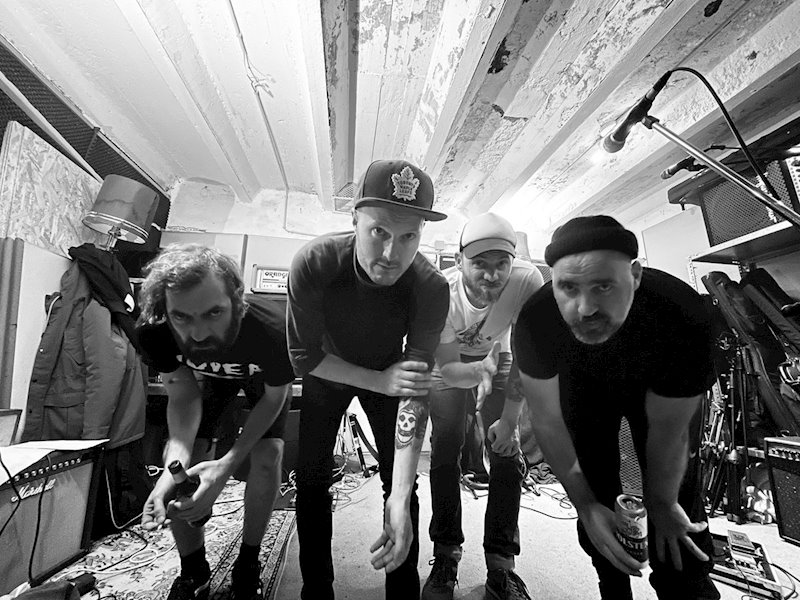 Debut Album From Hamburg Based HC/PUNKS AXIDS via SQUIRREL RECORDS.

Comments the band: “We are really a bit surprised that our album is so well appreciated and that people really dig our wild mixture. We’ve always cared about spontaneity, flow and dynamics and not about what’s technically correct It’s the direct, the imperfect that people get to hear. No endless production. No overthinking. Our only demand was and is: fun. And that’s what we want people to take away when they listen to our stuff. And if we may address the people out there right: Hey, we have a lot of ideas for further titles, but we are happy about inspiration. What are your AXIDS puns?”

Aids with an “X”? Nope: KIDS WITH AN AXE! The band CLOWNS have a lot to answer for. Their gig at Hamburg’s Hafenklang instigated the formation of AXIDS. Hessian Black Metal combo HYEMS’ singer was up for starting something new with the drummer of HYNE, only with more punk and snot. Ole was part of the HYNE circle, otherwise known as the man behind the Otzentreff counter, who happened to also play guitar. Then there was Mario, a Ruhrpott original who dressed as a cucumber also cuts a fine figure as a wrestler in Rock & Wrestling (St. Pauli). Mario didn’t play bass. Now he has to. After said first drummer didn’t work out (check SPINAL TAP), the band sought and found Felix, former drummer of LT. DAVE & THE VOHWINKELS and FAVORIT PARKER from Wuppertal, who completed the band. Perfect fit. Let’s go!

The aim was to write a new song each rehearsal. The lyrics had to be written within 5 minutes and were not meant to give the impression that anyone had ever put any serious thought into them. This was achieved quite successfully and everything went like clockwork. Unfortunately the pandemic prevented any plans from being made. Nevertheless towards the end of 2020 the first album was finally recorded with Roos The Boos in his rather strange but nice studio which incidentally had to be torn down shortly after the record was recorded. The mix was done pretty fast as the sound was already garage-awesome and the band didn’t want to waste too much time on genre-appropriate stuff like that.

In other words: garage meets snot in the backyard of perfection. There was no need for a car wrench attitude and a corresponding mix marathon. Philipp Welsing mastered the whole thing and it was done! The result is an unfiltered testimony of grown men with Peter Pan syndrome, who still bathe in teenage angst and live in their 80s TV world.

As sad as that may sound, the more beautiful the noise: hardcore punk from the garage. Here are the AXIDS! So come on and have some fun with it!