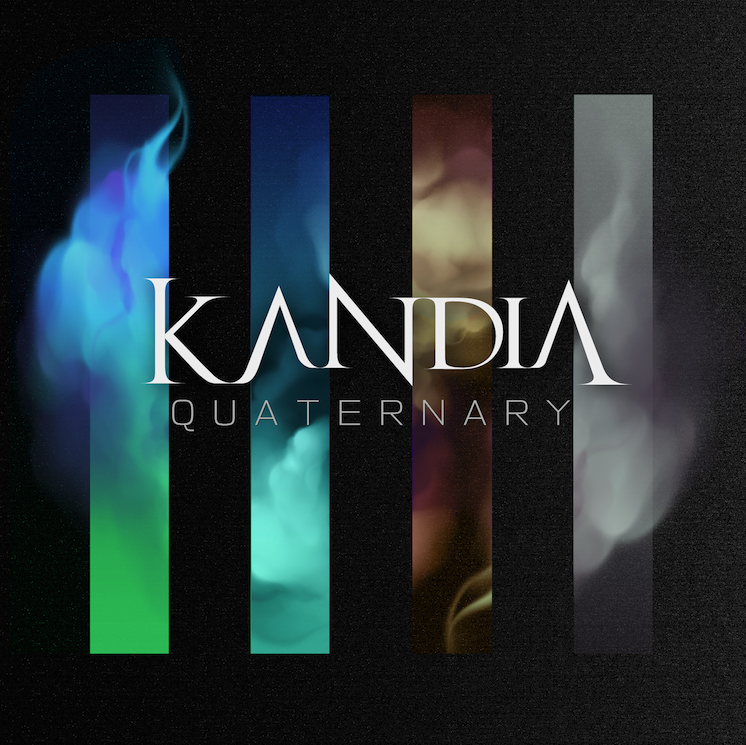 The Portuguese act named Kandia dabbles in something akin to alternative metal with subtle goth rock undertones to it and even a few metalcore elements. The emphasis is clearly on atmosphere, and they do manage to infuse their compositions with both a somber hue and a good amount of aggression, but the record comes up short in so many ways.

There are chugging riffs to be found here too that add a groovy element to the endeavor and utilizing both female and male vocals is a cool idea on paper, but whereas the former are merely adequate rather than remarkable, the latter are downright horrendous and bring nothing to the table whatsoever. Some of the vocal melodies are also lackluster and it often feels as if the vocals are not compatible with the music at all. Some of the electronic textures are interesting and the production fits the modern metal vibe of the material nicely, but “Quaternary” sounds neither cohesive nor does it come across as a rewarding listening experience. The songs are fragmented, there is no organic flow to them, and things do not move seamlessly from one part to the next. It is neither satisfyingly memorable nor is it sufficiently heartfelt to captivate the listener. As fond as I am of experimental metal, “Quaternary” is simply forgettable and tiresome.