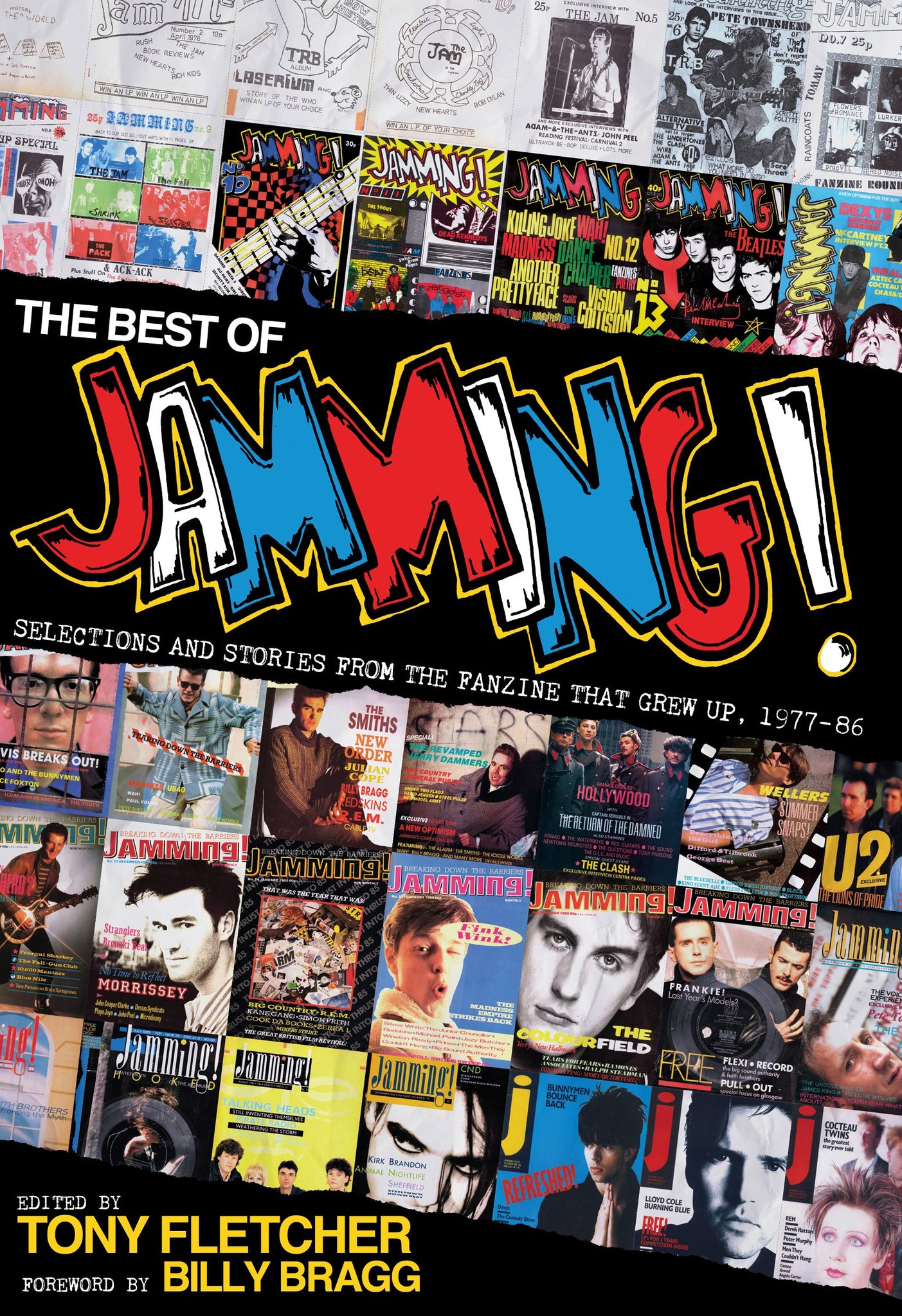 Jamming! was a DIY fanzine that was launched by Tony Fletcher back in 1977 when he was merely thirteen years old and over time it evolved into a proper, professional-looking magazine. Despite growing into a popular and well-respected magazine, it never really lost touch with its DIY roots or abandoned its ideals, and one could argue that it often felt like something that bridged the gap between a fanzine and a magazine. In other words, it retained that unique and individual element from beginning to end.

The fully-illustrated “The Best of Jamming!” is an utterly charming and (perhaps more importantly) inspiring read. For quite a long time it was a true labor of love for Fletcher and his cohorts, and there was a purity and innocence to it all that I find enticing. Again, these guys were teenagers who were passionate about music and deeply devoted to the craft of writing about the bands and releases that they found interesting, and there is something quite moving about that. While I found the chapters detailing the first few years of the fanzine’s existence the most illuminating and interesting ones, the entire journey from being an underground publication with a small but dedicated number of fans to a relatively popular magazine that you could buy at W.H. Smith just a few years later is certainly captivating too.

The late 70s were the years where punk rock reigned and there is a certain magic to the articles on The Jam, Paul Weller, and other British punk artists here that speak volumes about how much the staff members of Jamming! cared about their creative endeavor. This book contains selections from each of the 36 issues but the real treat are the comments and anecdotes from either those who worked on the fanzine/magazine or those who were featured in it. The hard work and countless hours that went into every issue, the sleepless nights and lack of funds, the never-ending quest to lower the printing costs, the creative decisions and arguments, how draining and time-consuming the affair was at times, and also how fulfilling and special the whole experience was – everything is reflected and touched on throughout the book’s evocative pages.

Perhaps the best part of immersing oneself in “The Best of Jamming!” is capturing that notion of youthful enthusiasm and the impulse or desire to create something – that thing where you believe in your dreams and do something purely out of heartfelt joy. Inspiring is a word that often comes to mind when browsing through some of the old articles and reviews contained within its 288 pages. This one is beautifully put together, the layout is superb, and it conjures up the atmosphere and vibe of a bygone yet hallowed era.