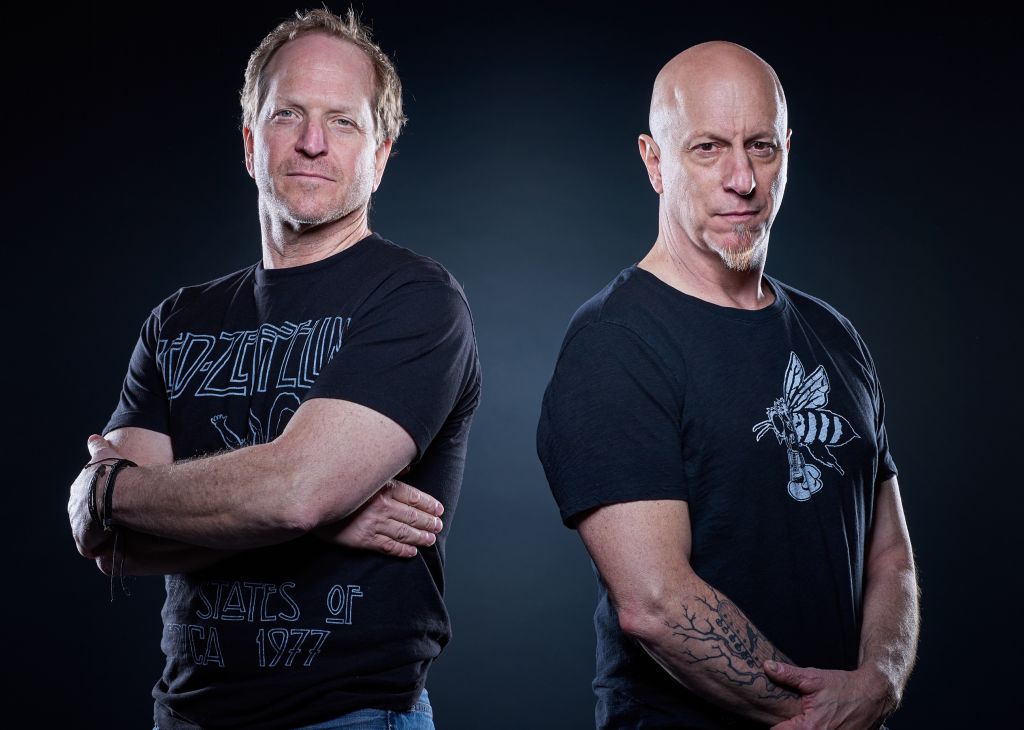 Hailing from Chicago, SIMPLE RADICALS is a duo formed by John Malkin on Lead Vocals and Rhythm Guitar and John Griffin on Lead Guitar and Vocals, performing retro rock, or, as described on the band’s page “pure, visceral rock ‘n’ roll – poignant, from the heart, topical and direct.”
Below is a short chat ot catch up with the band, see what they’ve been up to lately and what are their plans for the near future

What’s the hardest part about being a band in this day and age?
For a rock band like The Simple Radicals, it’s challenging to find the platforms who will play new rock as opposed to playing older classic rock or ‘90’s grunge/alternative. But we’ve been very creative in how we’re getting our music out there by engaging our fans (old and new) on social media as well as through our “Music and a Brew” podcast where we sample craft beers with rock stars. We just did a show with musical legend Jose Feliciano that’s hit almost 100,000 views (Jose Feliciano Music and a Brew).

When did you realise that your project had the potential to be much more than just a fun idea?
Playing live certainly tells you if your project is legit or not. Once we started playing live and we saw the reaction of the crowd then we knew we were on to something. We came to that realization when we released videos to some of our songs like New Revolution and Rich Man Wanna Be King and saw all the views and  reactions.

Tell us about your latest release, why should we check it out?
Our latest track is called “Let’s See What You Got”. It’s kind of based on what we go through every time we hit the stage. It actually inspired someone to put the song to an amazing video featuring WWE wrestlers (Let’s See What You Got). It’s an inspiring song for any musician and describes all the anticipation and emotions in playing live and the expectations of the crowd.

How does a song typically come together for you?
I see a lot of images and moods when I write. Certain chord progressions, finger pickings and riffs often direct me on how the song is constructed and then the lyrics start to flow. It’s a bizarre process but it works for me. I write a lot of my songs on an acoustic guitar.

How would you describe your sound to an unfamiliar reader?
We’re a retro-rock band inspired by the sounds of Pearl Jam, Foo Fighters, Green Day and Cheap Trick, and Tom Petty. If you like those bands then I think you will like our sound.

What do you want listeners to take away from listening to your band?
If you like the sounds of bands like Foo Fighters, Pearl Jam, Green Day, and Cheap Trick then I think you’ll like our band.

Where would you really like to tour that you haven’t done so yet, and why?
Honestly, we’re excited to start playing live again as soon as the apocalypse fades away. I think I speak on behalf of every band that playing live anywhere right now would be a huge accomplishment after what we’ve gone through. But we would really like to play musical festivals such as Riot Fest in Chicago, Bonnaroo, and Lollapalooza.

How would you say that the sound of your band has progressed over the years?
We’ve progressed in so many ways musically, professionally, playing live and even personally as a band. Our music is getting tighter, smarter, more relevant and we’re having a ton of fun.

How excited are you for 2022, and what can fans expect from you?
We have some new material including a new song called “A Little Change is Good” that will be released soon. We’re planning to tour more once we all feel safe. And be on the lookout for several more “Music and a Brew” shows. Our next one features rock legend Mark Farner from Grand Funk Railroad!