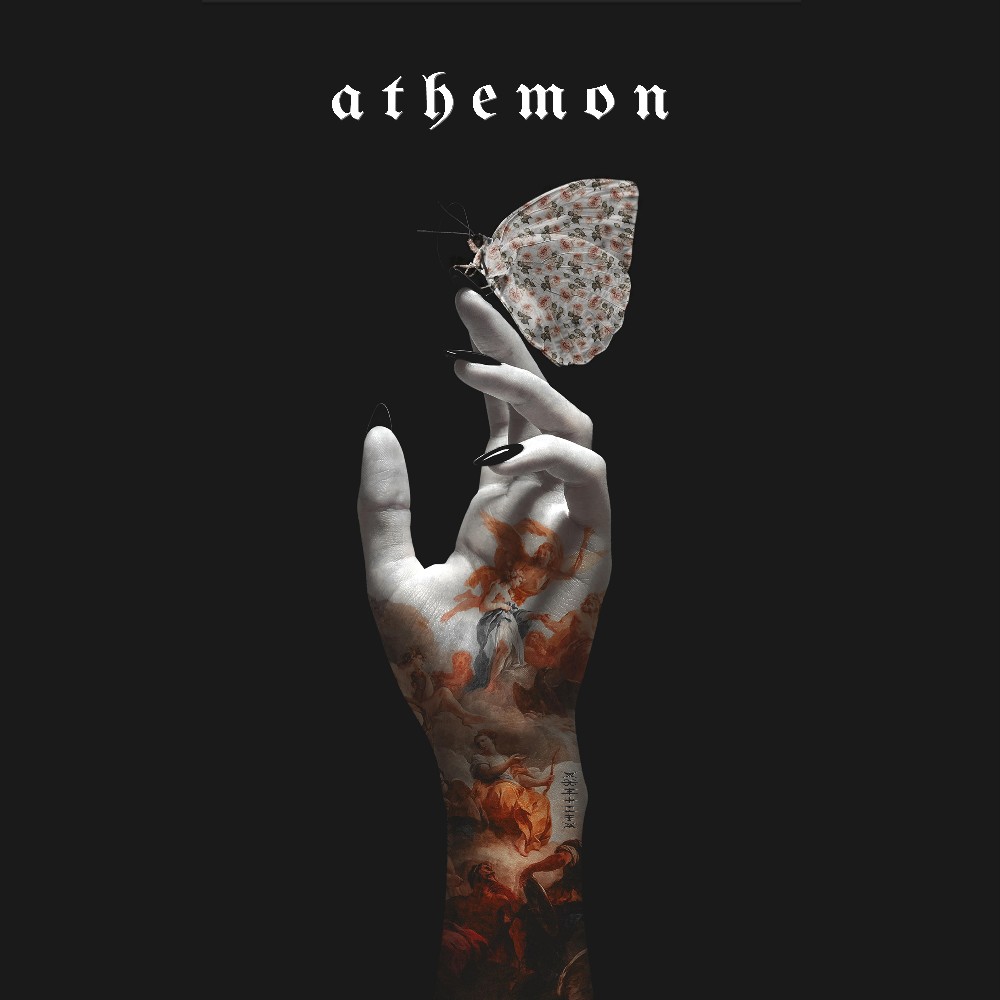 The international (Brazilian-British) progressive melodic groove doom metal act, Athemon, released their debut self-titled album some time last year but only now was I able to take on this fairly unique fantastic record. At the core guitar groove of ancient Machine Head and Skinlab (remember them?) or Pissing Razors (ditto) there are carefully built Opethian, Nevermoreian melodies supported by the clean vocal of the Brazilian guitarist Adriano Ribeiro whose voice resembles Machine Head’s Robb Flynn in tone, grit and strength to the point of the record often sounding as if Flynn had recorded a solo album since there are trace amounts of thrash metal as compared to Machine Head’s classic riffing. At the same time the song structures have enough originality to them to bypass that obvious referential influence and just enjoy the music. Expertly produced by To-Mera and former Haken British bassist Thomas Hugh MacLean the album is over 50 minutes divided into nine tracks each of which is in perfect consequence with the one preceding it until the triumphant, so as not to say romantic conclusion with absolutely not one unnecessary second, and each track can both stand on its own as well as a part of the whole although the album is best experienced in its entirety from start to finish in one sitting.

The central part and by the band’s own admission the most riffy track, “Seed Of Change”, happens to be also my favorite, in fact, if Machine Head released something this good I wouldn’t be concerned about their future as I was back in 2018. It is driven by a classic yet a modern sounding riff by riff while sporting several twists and changes. That it is my favorite in no way means that other tracks are inferior, as the “Dismantling Devotion” Daylight Dies styled “Reaching Deepness” or the Nevermoric and God Forbidian dissonant thrash-jazz of the first song proper, “Whispers”, make abundantly clear. Ribeiro’s vocals, often doubled and tripled at different tones, add depth and verity to the story of a man either demonically possessed or schizophrenic who initially questions himself but eventually ends up embracing and accepting himself warts and all, even proclaiming himself “a god of his own”. Other noteworthy tracks include “Greatest Understanding” – which recalls Voivod, Ulcerate and (Canadian) Martyr for the excellence and progression, as well as skilful ability to combine the acoustics with melodiscism and powerful riffing – and the highly emotional “I Voice of Mine” which is very reminiscent of early Grey Skies Fallen or Barren Earth. Both “Greatest Understanding” and “Whispers” more than necessitate the work of the session drummer Gledson Gonçalves whom the two Athemons call their friend and suggesting thereby a possible permanent addition. Just about the only fairly low point seems to be the closer, “Birth”, which is still excellent but seems to be a bit safe in comparing with the standouts, having more of a classic progressive rock vibe a’la Pink Floyd or Marillion to it.

I strongly recommend Athemon to fans of progressive but not easy listening heavy metal with a patient ear for detail and repetitive application while already anticipating the follow up which they are reportedly working on to be released later this year.

MONO – Pilgrimage of the Soul