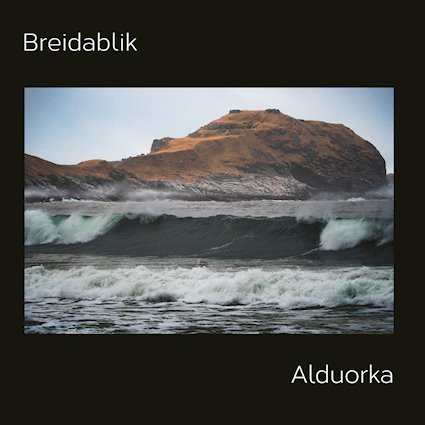 With “Alduorka”, their fifth full-length studio album, Norwegian Breidablik dives evendeeper into the world of progressive electronic and ambient music. Now signed on Apollon Records Prog, the band’s latest release is even richer and wide-ranging than its predecessors, with judicious use of synthesizers, guitar, flute, and drums. “Alduorka” is a concept album about waves, here understood as “a sudden occurrence of or increase in a phenomenon, feeling, or emotion”. The title “Alduorka” is from Faroese and can be translated to “wave energy”. Through six varied tracks, “Alduorka” explores different facets of waves through both sounds and emotions.

Breidablik’s former album releases, Vinter (2017), Penumbra (2017), Nhoohr (2019), and“Omicron” has gained the band a solid following and reputation among both fans and thepress. “Omicron” is currently rated as the 13th best progressive album release from 2020 at progarchives.com . Synths and Sequences gave ”Omicron a 4.75/5 rating and wrote “
As for OMICRON, Breidablik succeeded in bringing its music to another level of excellenceby offering an album of exceptional quality where the high-tension cinematic genre fits tothe essence of vintage Berlin School in a vision of its own. Splendid from A to Z!