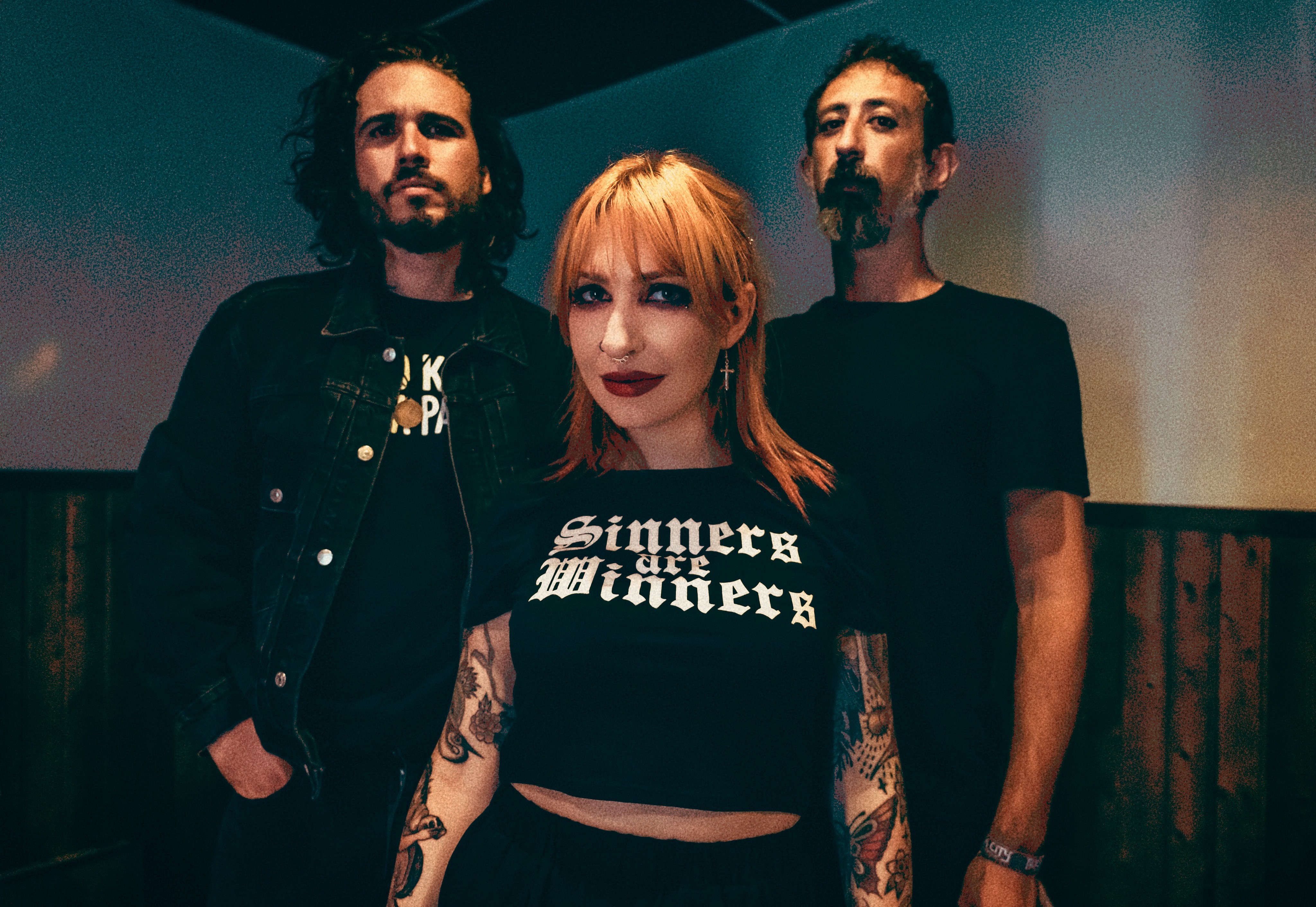 Rosy Finch is a trio born in Spain in 2013 and founded by guitarist/vocalist Mireia Porto. They mix a powerful blend of 90’s grunge & alternative rock with metal & sludge influences.

During live performances they create a supersonic wall of sound through feedback and elements of noise, matched with unearthly screams and atmospheric chants. At times delirious, others full of rage, the band combines both insidious and heavy riffs to perfection.

Óscar Soler (Domo & Pyramidal) and Juanjo Ufarte (Grajo & The Dry Mouths) joined the band in 2019 on bass and drums. The new formation evolved into a more visceral and aggressive sound where Mireia Porto seems to be in her element and succeeds in furiously transmitting her darkest emotions.

Today sees the release of the video for their track Vermilion, taken from their well-received 2020 album Scarlet which came out via Dutch label Lay Bare Recordings.

Special thanks to: the lockdown

"It was a very intense experience shooting this video. We were in the middle of the Covid lockdown, spending days locked up at home and we thought it would be a good idea to start a homemade video based on the film "Tesis" by Amenábar. As horror lovers, we tried to re-create desperation, loneliness, torture, anxiety… The fear of a girl who wants to escape from a "snuff movie". Also, the song "Vermilion" describes a toxic relationship where a friend becomes a stalker (you can detect this feeling when I sing "Hold your breath… your ghost around me" or "trust no one else…") Negative people sometimes enjoy breathing down your neck and making you believe you’re crazy. For this reason, you have to escape somehow." – Mireia Porto

Scarlet is available now on:

Scarlet releases on the 6th March 2020 on

What the media had to say about Scarlet

I don’t know what the rest of 2020 will bring us, but so far I can say that this is one of the best albums I’ve heard this year. – More Fuzz

For fans of all things witchy and bathed in blood, “Scarlet” is a 2020 gem. – Underground Press

Scarlet is the full package, from artwork to the album’s red theme and lyrical content. The mix is great, allowing every instrument and voice to take part in the action. – Angry Metal Guy

Rosy Finch return with another heavy, powerful album. A classic post-grunge sound with Shirley Manson-esque vocals weaving through, then colliding together with the energy of an early 90’s metal band is combined into what is a new stoner rock staple – Jenn D’ Eugenio Woman in Vinyl