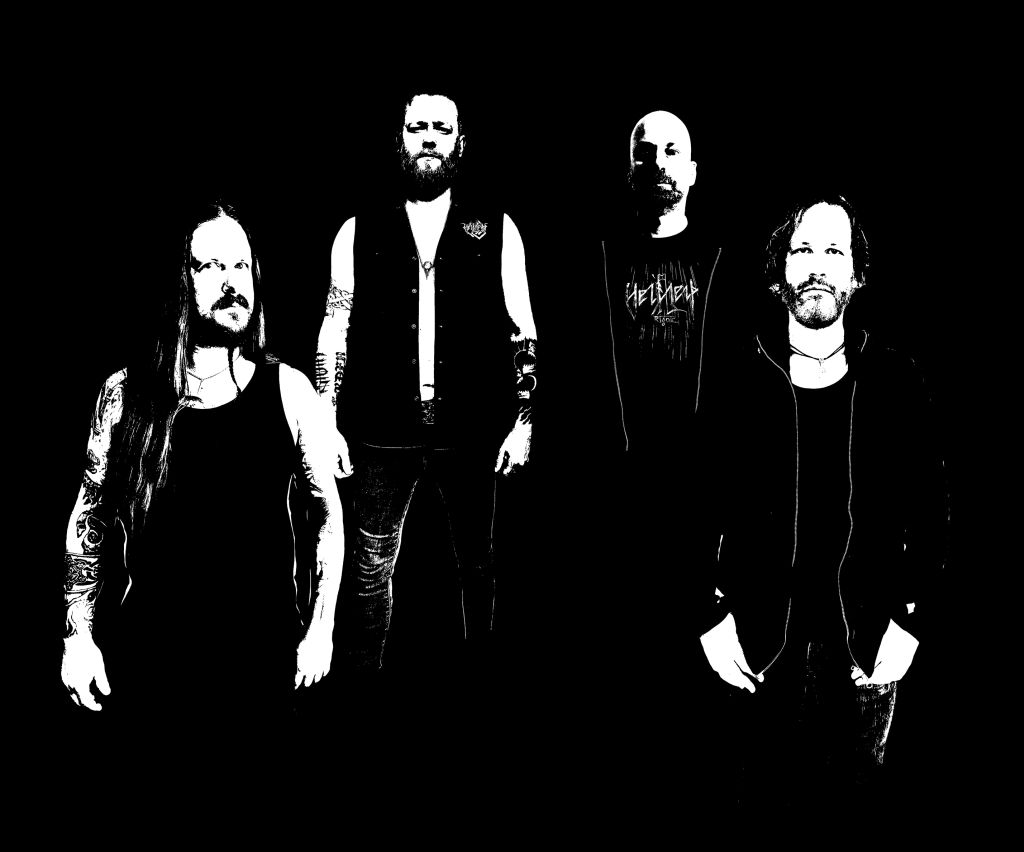 Late November this year, the outstanding Norwegian Viking metal ensemble Helheim unleashed their 11th and quite possibly most dynamic and remarkable output yet in the shape of the evocative and wildly addictive "WoduridaR". Considering just how impressive the group’s back catalogue is, this is saying something. Needless to say, Eternal Terror Live was rather intrigued (and that is putting it mildly) by the latest LP and its strange beauty. Therefore, we caught up with bassist/vocalist V’gandr in order gain some more insight into the majestic creation that is "WoduridaR" and also inquire about their plans for next year.

First of all, I need to congratulate you on the release of "WoduridaR" and the fact that it might well be your strongest and most varied release to date. That is quite an accomplishment considering how brilliant your past records are. What are your thoughts on the entire creative process that led to the conception of the album, and did you guys do anything differently this time with respect to how you recorded it?
V: Thanks a lot for those kind words. Yes, it’s a fairly good album, and we’re satisfied with the end result. We worked quite concisely with the album straight after recording "Rignir", but we didn’t change the way we worked as we have a quite studied approach to how we want to attack new territories. The huge difference was the great calmness that enshrouded us this time around. No concerts, no vacations, no nothing. So, a tip of the hat to COVID-19 for that, ha-ha. I think this complete lack of interference gave us a good portion of reflection with respect to what we were doing. Time was never of the essence.

Obviously, we need the low-down on the "WoduridaR" and ought to discuss its overall theme and the concept of the record. Could you outline some of the main topics and ideas that course through the compositions? Is it a concept LP or are the songs more loosely connected in terms of their lyrics?
V: It’s not a concept album. Every track has its own little story, or agenda, if you will. I don’t think the main topic(s) vary anything from previous albums ("LandawarijaR", "Rignir", "RaunijaR"). It’s just an ongoing continuation of what we’ve been doing for some time (10 years) now. One thing was for sure though; we wanted "WoduridaR" to be more aggressive as we didn’t want to follow the slick path of "Rignir". Though "Rignir" was "needed" from our point of view, it was never the intention to follow down that road. You have to keep in mind that a lot of the melodies written for "WoduridaR" can be traced back many years – even all the way back to 2014. Thus, when it comes to composing it’s akin to traveling in time now and then. One main factor that has to be stressed is that we wanted to create a wilder representation of "LandawarijaR" but at the same time keep some of the glory of "Rignir".

What does the title connote or signify? I seem to recall something about a figure named Woduridar being honored at some point in history and that runes were carved in his memory, but I am merely throwing these scattered thoughts of mine out there – I just seem to remember the name popping up in a text I read a long time ago.
V: While reading "Norwegian Runes and Runic Inscriptions" by Terje Spurkland I came across this chapter about the Tune stone. Here Spurkland talks about and tries to decipher the runic inscription and he mentions the possible link to Odin. Of course, this triggered me, and hence the title was a fact. I interpret the name "WoduridaR" to be the wild rider, or the ecstatic one. The one who rides either with turmoil or in ecstasy. The lyric is not a conclusion but merely a discussion/philosophizing around the theme.

Your words and lyrics (as well as the actual music) is highly evocative and rich in atmosphere, and they always leave an impression on me and give me a lot of food for thought. I was wondering if it is important for you to provoke the listener in one way or another? To get some sort of reaction out of them i.e. making them think about and reflect on the meaning and interpretation of the lyrics?
V: No, not really. If I would think in those terms, I would think of myself as being a self-righteous person, and I wouldn’t say I possess such a characteristic. I write solely for my own sake, but at the same time it’s important for me and the band to let the listener have the opportunity to read the lyrics as I do hope and think that there are people out there who are genuinely interested. My lyrics aren’t easy to grasp, and sometimes I have problems understanding them myself. So, for those who find joy in reading them, I find it natural for them to interpret them their own way.

The album artwork is a striking image. I take it that the visuals tie in with words and music so that everything complements and enhances each other? That is one of the things that I love about Helheim – nothing is left to chance, and everything has a purpose and is there for a reason.
V: Yes, indeed. H’grimnir takes a lot of pride in what he does, and this artwork again proves his dedication. It’s solely his handwork/painting and not something that was created digitally. I can’t stress his immense graphical power in the visuals for this band enough. H’grimnir and I always have a very good dialogue when it comes to how we foresee Helheim. It’s quite a gift to have the opportunity to work so closely and understandingly.

Nowadays, where do your musical tastes primarily lie? Is it everything from Genesis to Venom and further on to Nick Cave and the Bad Seeds?
V: How the fuck did you know? Ha-ha-ha! My girlfriend has recently got me very into Genesis, and I said to myself that it’s never too late to discover new and great music. I was listening to Venom a few weeks back ("Calm Before the Storm"). I bought it second-hand in Denmark ages ago for 10 DKK. I must say that it’s pretty bad, but then I listened to "Prime Evil"; well, that’s a different story. What a little piece of gem that one is. Nick Cave have always been a chap that I’ve enjoyed, though I’ve never owned anything by him until recently. Hence, my collection is slowly growing, and I will surely not buy everything as I’m quite picky. All the aforementioned artists have been sonically digested through vinyl.

What can we look forward to it in 2022? Are you planning on doing some small-scale tours in Norway and perhaps also in Europe next year?
V: We’ve just finalized our three shows in Norway (Stavanger, Oslo, and Bergen), and we feel that that’s enough for a band of such a small scale as ourselves. In 2022 we’ll do several festivals around the world, but a tour is highly unlikely. Other than that, we’ll focus on our next album. We have some tunes already, and the idea of the album is already outlined. No rest for the wicked!

Thanks so much for your time, old friend.
V: Thank you, old buddy, old pal😊

KNIGHTS OF THE REALM – Interview