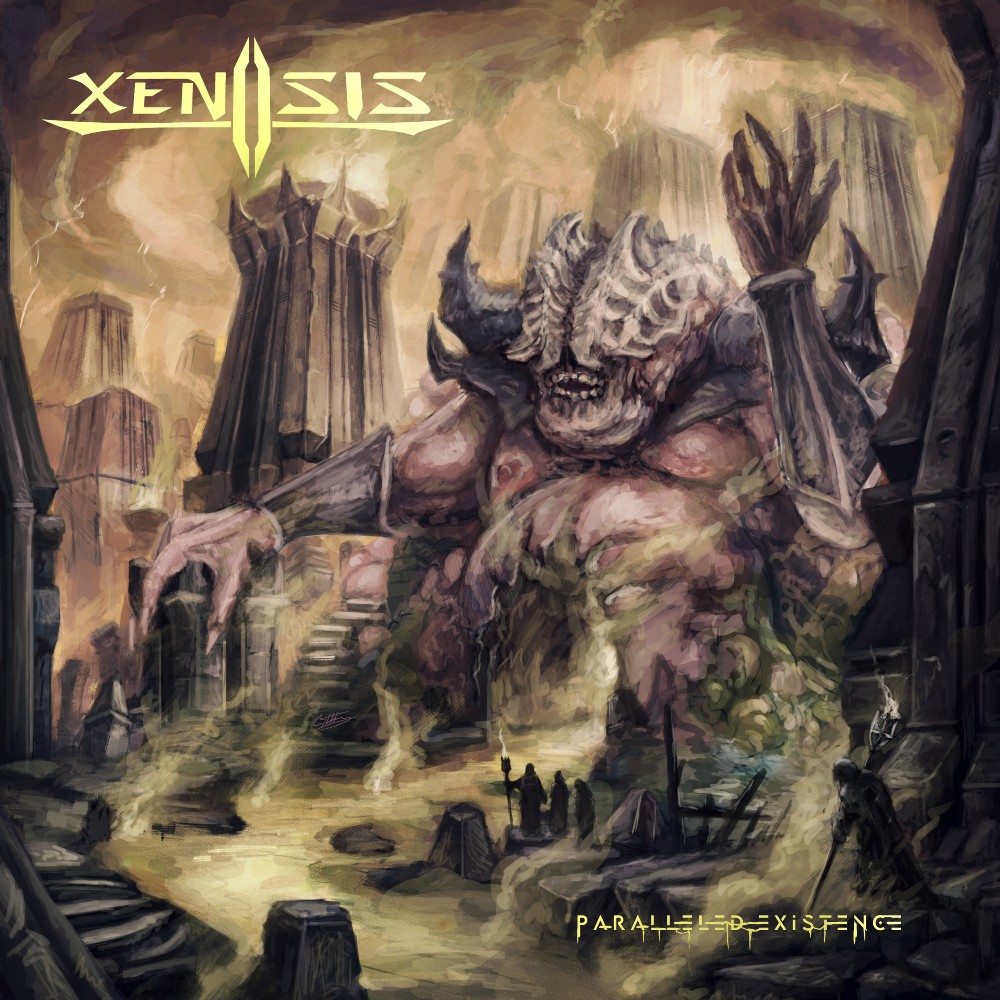 A quick look at the 11 year history and the 3 album discography of these Connecticuter progressive technical death metallers and you know Sal Bova (vocals), Kenny Bullard (guitar), Keith Benway (guitar) and Archaic Decapitator members, drummer Gary Marotta and Fires In The Distance frontman, Craig Breitsprecher (bass, backing vocals) can run circles around albums like "Rust In Peace" (Megadeth), "Symbolic" (Death) or "Blessed Are The Sick" (Morbid Angel) but can they write equally engaging sequels to them? They can and their 4th album proves it more often than not. As touching to skills and performance they’re flawless, as for the songwriting they are mostly engaging with the technical aspect sometimes overcoming the memorability.

Throughout "Haunted Skies" (2012), "Sowing The Seeds Of Destruction" (2015) and "Devour And Birth" (2018) the consistently independent ensemble had proven that technically they are right up there with Cryptopsy, Martyr (Canada) or Obscura but on this 4th album they aimed for more memorability and progression which shines through every one of these 8 tracks. Songs like the heavily Revocationary "Castrato" combine the best of Anatian melody with Obscuraic and Alkaloidian brutality, with the opener, Entities Yielded Essence Storage (E.Y.E.S) firing on all cylinders surprisingly pitched Between The Buried And Me and Tool while already wearing their Morbid Angelic influence on the members’ sleeves, while the closing, "Dimension Oppressor" provides one of the most satisfying closures on a technical death metal album in recent memory, especially with those guitar squeals reminiscent of Testament’s "Electric Crown" but they are representatives of the standard very good but not great fare.

Much more engaging, elegant and catchy is the heavily latter Deathly "Prophetic Blight" which succesfully combines memorability with headspinning complexity, but even it is a mere foretaste of the three perfect shiney pearls which are: "Amorphous Conquerors", "Jenkem Overdose" and "Personification Of The Unconscious". The first of the 3, "Amorphous…" is a favorite because of its insanely catchy riffing reminiscent of Revocation or even more God Forbid as well as due to its peaceful violin-like little guitar licks in transition amidst very dissonant rhythms for one of the finest progressive death creations I’ve ever heard, and what makes it even more interesting is the absolute killer sound effect at its end, some crazy alien monster or zombie which is like Smeagle/Gollum fused with Jar Jar Binks on speed, which is immediately followed by the ten ton death metal steamroller, the heavily Morbid Angelic "Jenkem…" which gets pretty fast in transition, echoes of "Where The Slime Live" or "God Of Emptiness" mightily shining through the composition. Finally, the second favorite (Jenkem being the third) is the heavily melodic while technical "Personification…" which something Death’s Charles Michael Schuldiner could have written between "Symbolic" and "The Sound Of Perseverance" with a very old school Machine Headian ending.

Since the album really benefits from repeated applications (5 in all for me) I could probably get to a 5.5 consideration for it were it not for a little dull "Skin Of The Dead" which is placed smack in between two perfections and is perhaps therefore hardly a memorable affair. I have a feeling either the technical aspect took hold or momentary lapse of creativity but tracks like these seem a dime and a dozen in technical death so that influences the final score.

I realize and hear that Xenosis gave it all they had on this album but we will have to wait for the next album to see that goal of combining technical proficiency, progression and memorability fully realized. For now, we have "Paralleled Existence" to enjoy, which is already excellent and which I recommend.