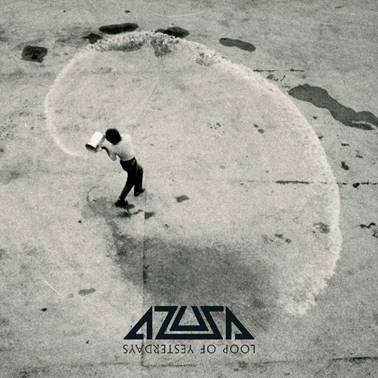 Whether or not you are aware of the Christian progressive metallers Extol, a Norwegian act in my estimation equal to Opeth in creativity and skill while exceeding it in songwriting quality, the fact is the band influenced and continues to influence numerous new acts I encounter on my reviewer’s path. Two of Extol’s members – one current and one former – one former member of The Dillinger Escape Plan and one member of Sea+Air formed an international supergroup, in 2014, releasing a debut album "Heavy Yoke" to critical acclaim, and now it’s time to expand on their vision on, this here, 2nd album.

Right from the weird and cold opener, "Memories Of An Old Emotion", we can see how both Extol and The Dillinger Escape Plan influences play big parts in the new material. As I am not familiar with Sea+Air I can’t speak for it, but given the powerful presence of the female vocalist Eleni Zafiriadou (vocals), I’m willing to bet her other band’s influence is huge. The songs are choppy, built from different seemingly incompatible puzzles, but all are catchy and to a great degree accessible which in no way takes away from their extreme and definitely metal-lic fiber. Of these, "Detach" (guest guitarist Testament’s Alexander Nathan "Alex" Skolnick) is my favorite, as is "Rapture Boy" reminding me strongly of Extol’s excellent "Synergy" album. Eleni has a very soothing, sensual and dreamy voice one minute then abrasive, cold and vicious, the next, a perfect voice for the music. Extol’s former guitarist Christer Espevoll comes up with tasty latter Death riffs (Kill/Destroy, Ritual Aching) while Extol’s current drummer David Husvik and ex-The Dillinger Escape Plan bassist Liam Wilson help mixing the metal with weird jazz fusion and alternative atmospherics for mostly great result.

Howbeit, there is one serious flaw of this record: the compositions, being short, have no staying power, as a riff or melody has no chance to really plant itself in my mind due to that song short length. This is something Azusa should definitely address on their 3rd album.

Meanwhile, if you like Extol and jazz fusion and you don’t mind some dreamy pop in places, give this a whirl for something different in your life.

NECROTTED – Die For Something Worthwhile