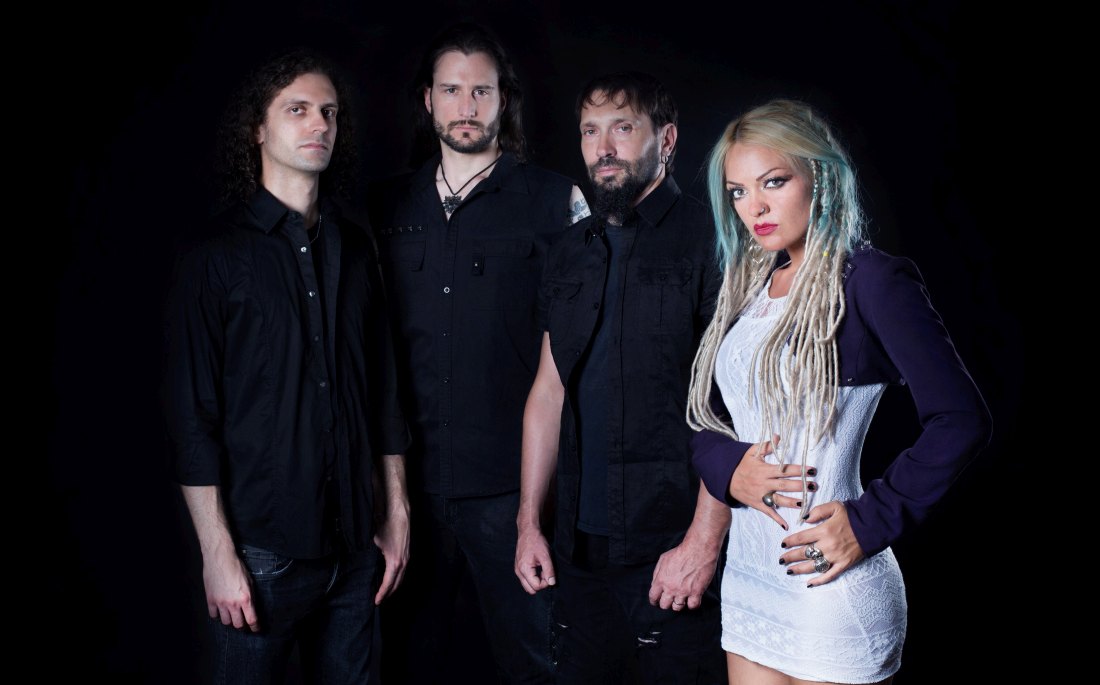 “Dark Mother” aims to be a dismal portrayal of our current world. With this record we wanted to represent the deceitfulness, the hypocrisy and, ultimately, the corruption that our reality is rife with.
Delusional ego, self-illusion, ignorance, they have overwhelmed and drowned our emotions and conscience, taking us closer to a situation that, only a few decades ago, could have been seen just like a grim, apocalyptic prophecy about the destruction of Earth and the collapse of civilization.
We’re not paying attention to what’s really important for us anymore. We’re allowing falsities and deceivers to take us on a perilous journey. We’re disoriented, unable even to acknowledge the clear fact that right now we’re on the brink of self-extinction"

Watch a short video trailer with a closer look at the artwork HERE!

"Dark Mother" shows the band staying true to their diverse and catchy style, taking elements from melodic death metal and industrial throughout the album’s 11 tracks. The song "Silent Spring" features arrangements by Francesco Ferrini, keyboardist and songwriter of FLESHGOD APOCALYPSE.

5RAND is a metal band from Italy: their sound combines Julia Elenoir‘s clean and growling vocals, melodic, ethereal elements and the aggressive riffing of extreme metal, evoking a dark, disturbing violent, and yet captivating, atmosphere, often conjuring comparisons to acts such as Slipknot, Fear Factory and Dark Tranquillity.

Following on the heels of the widely hailed debut album "Sacred/Scared" (2017), 5RAND toured Italy and Europe supporting Vader and Immolation and openened for bands such as Behemoth and Sepultura in several occasions. In 2018 the band toured Europe supporting Dark Tranquillity and Equilibrium and played many more headlining shows all over Italy.

The second album "Dark Mother" will be released worldwide on 6th September 2019 via Time To Kill Records. The release will be once again followed by an intense live activity. Recently the Italian melodic death metal band launched a video for the song "Old Angel Midnight" via Pure Grain Audio.