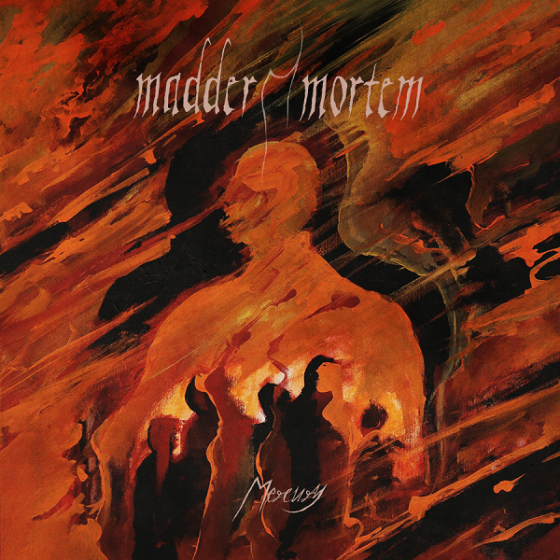 The renowned Madder Mortem unearthed this debut album of theirs all the way back in 1999 and it is therefore totally appropriate that the Norwegian classic that is "Mercury" finally gets a proper re-issue. I can think of no better label to handle such a great release than Dark Essence Records. On top of the original version’s nine beautiful hymns to melancholy, the 2019 edition boasts five bonus tracks that are well worth getting your filthy paws on even if you are one of those lucky fuckers who owns the 1999 CD release. To business then, shall we?

"Mercury" is as varied, fascinating, and rich in texture as they come. There are nods to such bands as Anathema, My Dying Bride, 3rd and the Mortal, and even Pink Floyd throughout, but more importantly, the record is the sound of a band who is enthusiastically exploring such genres as doom metal, gothic metal, progressive rock, and avantgarde music – and having a great time doing just that. The eclectic mix of influences is invigorating simply because these guys make it work and ensure that everything flows together organically. The morose atmosphere is thick and heavy from start to finish, and Agnete M. Kirkevaag’s heavenly vocals infuse the compositions with passion and heartfelt longing while the use of piano and keyboards is so goddamn tasteful that it hurts.

The five bonus tracks are quite interesting in that we are served three recently re-recorded versions of songs lifted from "Mercury", and they all sound good and captures the spirit of the original pieces nicely, but the remaining two cuts ("Shadows Coming Home" and "Vigil") are basically new tunes only that they are based on old ideas and riffs from the "Mercury" era. Pretty cool, right?

Evocative and instantly appealing yet intriguing and layered too, there is a lot to love about "Mercury" and the fact that it still comes across as a unique and imaginative piece of work all these years later speaks volumes about its many qualities. It is somewhat complex in nature and requires quite a few spins before it truly hits the listener, but regardless of that, this 2019 re-release will serve as the perfect soundtrack to the dark months of autumn that are slowly creeping up on us. I strongly suggest that you invest in this one as soon as it hits the streets in early September.