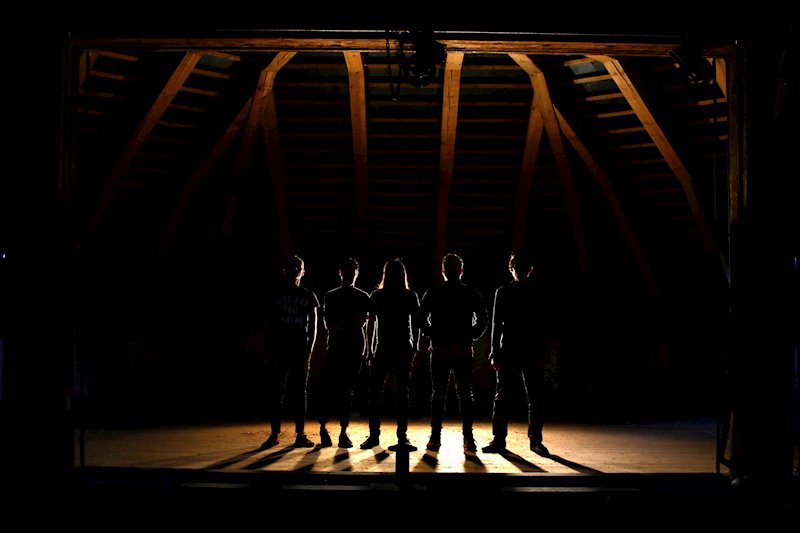 Copenhagen-based instrumental 5-piece THE SHAKING SENSATIONS are finally back with a follow up to their critically acclaimed 2013 album Start Stop Worrying. October 4th will see the release of How Are We To Fight The Blight?, an album that has been 6 years in the making. THE SHAKING SENSATIONS have expanded the classic post-rock constellation by addition of a second drummer, allowing the band to develop a unique approach to the rhythm section and a fresh and unconventional take on instrumental rock music. During 4 extensive European tours, the band have shared the stage with acts such as Caspian,  And So I Watched You From Afar and Russian Circles, and have worked with Matt Bayles (Mastodon, Russian Circles), who also laid down additional synths on Start Stop Worrying.

Then in 2013, the band went on hiatus. „It wasn’t that we felt like we’d broke up or that we parted after disagreements, but more like the circle was fulfilled, that we didn’t have more to contribute with. The three previous releases were kind of worriless, innocent and circled around themes such as life, death, being young, growing up, accepting things as they evolve and unfold. Quite simple and maybe, a bit nostalgic and probably naive”, comments  Jeppe Nygaard Christensen.

How Are We To Fight The Blight? displays a band that has lost this innocence, in favour of reflection, growth and maturity… and yet fresh, dedicated and honing their craft. When the band members came back together, after a lengthy phase of focusing on other aspects of life outside of music, everyone came to the conclusion, collectively and individually, that they wanted to bring this band back to life.

About the newly released video, "In Dead Silence, Hang Your Ghosts", the band declares:
"The 3rd track to be revealed from Copenhagen instrumental rockers The Shaking Sensations’ upcoming album ‘How Are We To Fight The Blight?’, is a mind crushing, 8 minute long, mastodon of a track that both showcases the bands heavier sides, as well as classic post-rock crescendos.

‘In Dead Silence, Hang Your Ghosts’ slowly unfolds around a simple guitar figure being repeated, while gloomy drones of tremolo, overdriven bass and synthesizers are gradually introduced. When the drums kick in after a few minutes, the vessel in which the listener will travel through the rest of song has finally emerged. An ever-present sense of a band constantly hovering around an ominously close climax takes over – a climax that is postponed to the very last second. With ‘In Dead Silence, Hang Your Ghosts’, The Shaking Sensations both emphasize their obvious inspiration from the heavier and darker post-metal scene with acts such as Cult of Luna and Isis, but still maintain those sparkling and vibrant textures of modern and classic post-rock, ie. Explosions In The Sky, Mono and This Will Destroy You.

The Shaking Sensations has a new cinematic video out for ‘In Dead Silence, Hang Your Ghosts’ Watch here.
How Are we To Fight The Blight? will be out worldwide through Pelagic Records on October 4th 2019."

The tracking of the album took place in Copenhagen at two different studios. Main tracks were recorded ‘live’ in a room that could accommodate two fully mic’ed drumkits and their individual characteristics, reverb and sound – in the same room, at the same time. Anders Haaning, an up- and coming Copenhagen-based producer with a background in indie-pop/garage-rock, has co-produced the album, which was then mixed and mastered by Magnus Lindberg of Cult of Luna. The lightness and more ‘positive’ feel of Anders’ production needed a counterpart and some focus on the heavier and more uncompromising elements in the SHAKING SENSATIONS’ sound. “One of Magnus’ biggest talents is to combine a heavy, dark and extremely tight sound, with the airy feeling from indie-pop, but also the chaos and unconventional ways of arranging and performing instrumental music”, Christensen says.

THE SHAKING SENSATIONS are the next band to follow in the footsteps of great Danish independent music culture, incarnated by bands such as Efterklang, Slaraffenland and Lis Er Stille.