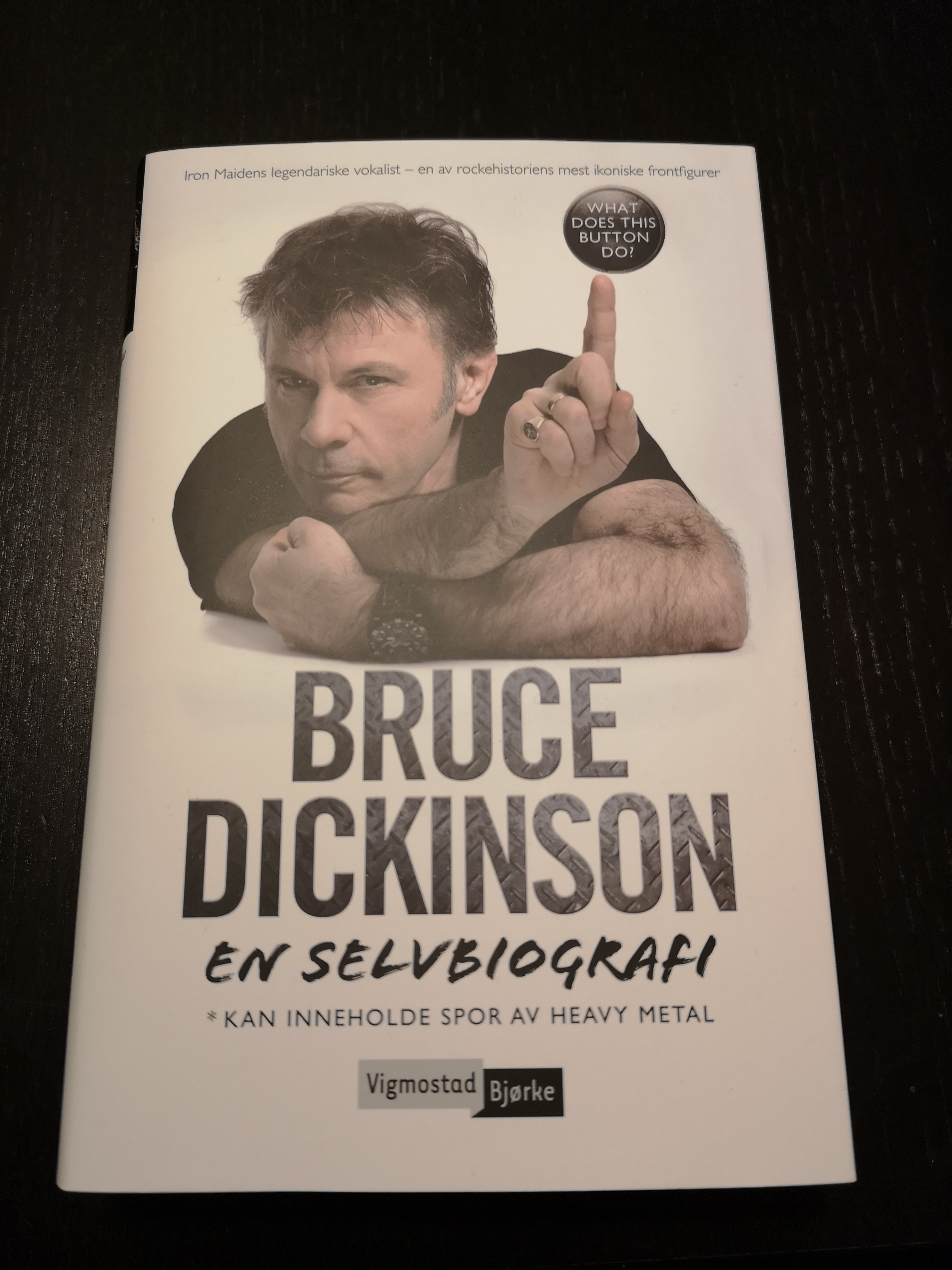 What a way to spend a Saturday afternoon! The legendary Bruce Dickinson paid the lovely city of Bergen a visit on a cold and windswept day to perform one of his spoken word shows in front of a somewhat small crowd in a rather intimate setting. When I say small crowd, it goes without saying that the place was packed with people and sold out, but the cool venue that is Ole Bull Scene only holds 300 or so people, so it felt incredibly intimate and special to witness Mr. Dickinson in that particular setting when one is used to seeing him perform in front of thousands of people with the rest of Iron Maiden. Another lovely detail was the fact that you had everyone from boring-looking accountants to heavy metal geeks with denim jackets (and everything in between) present at the show, which just goes to show how inspiring and fascinating the iconic front man truly is.

The show revolved around Dickinson’s biography entitled "What Does This Button Do?", which is mandatory reading for any fan of rock music out there, and the performance was divided into two parts; the first being the spoken word show with Bruce guiding us through his story in an insanely funny and entertaining way and then the second part being a Q&A of sorts where he would answer questions submitted to him by members of the audience. He had people in stitches from the moment he walked on stage and that was hardly surprising, because not only is he a brilliant and engaging storyteller, but also a hugely charismatic and lovable person whose sense of irony and sarcasm is marvelous. Another great thing about the show was that it seemed neither scripted nor rigid; it was intuitive and spontaneous yet never unstructured or unfocused. There was a red thread running through it all and he covered a lot of vital stuff such as he childhood years, the first few years he spent at University in London, his time fronting the underrated Samson, some of the more peculiar moments on stage with Iron Maiden, and all his extra-curricular activities of which there are numerous. I reckon some people expected to learn or hear more about Iron Maiden, but personally, I loved the fact that so many phases or chapters of his life were highlighted and discussed as opposed to being overlooked or neglected. The Q&A section was heaps of fun too, but there were no profound questions as such, which is to say he obviously chose the questions that were the most entertaining ones and to which he could wrap a story or anecdote around. If you want to know who his favorite Dr. Who is or perhaps which superpowers he would love to possess, you need to attend one of these shows and ask him.

Bruce Dickinson’s "What Does This Button Do?" shows are a unique experience and I strongly recommend that you get a hold of a ticket for one of them should you get the chance. Like I said, it was a blast to experience Dickinson live on stage in an intimate setting, but more importantly, it was an event that was as inspiring as it was life-affirming. British wit and charm at its finest!