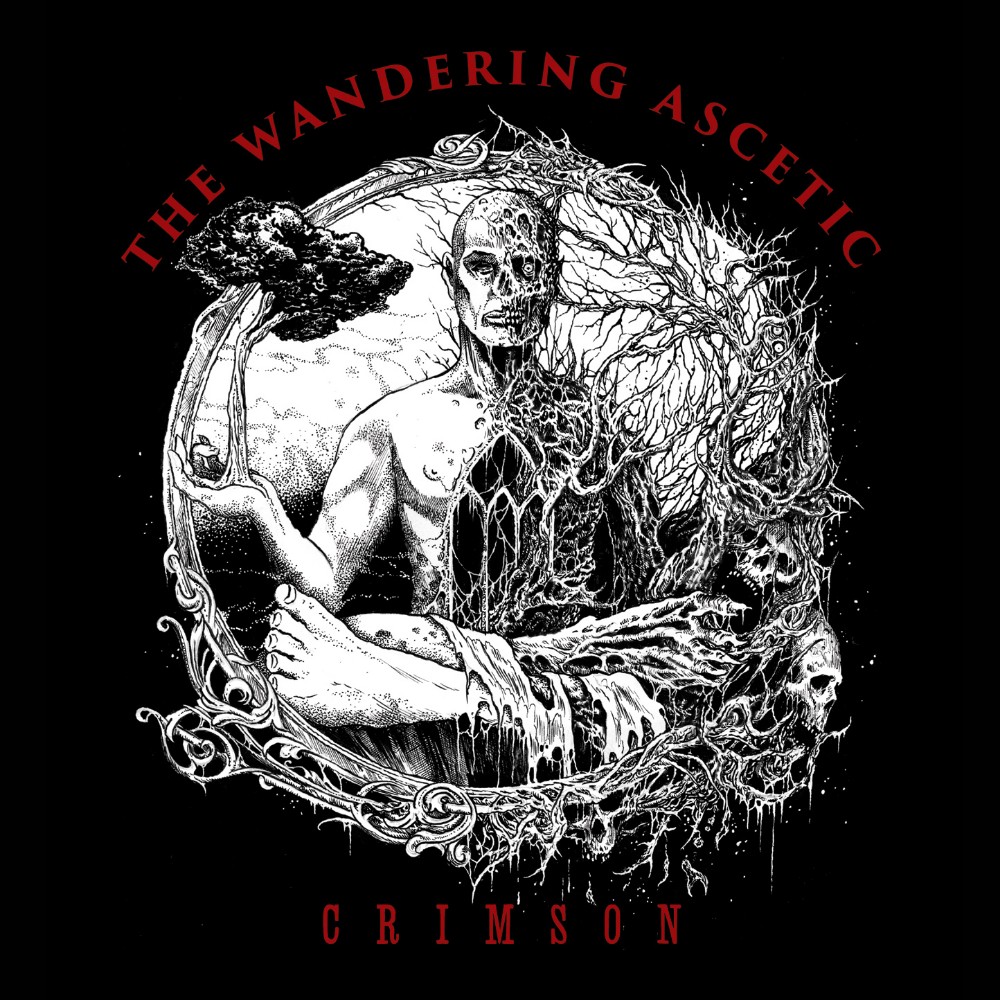 The roots of this Singaporean blackened thrash/death ensemble lay in Rudra, a folkish black/death Vedic metal group some of whose members, Kathir (rhythm guitars, vocals) and Vinod "V. Vinz" Vaskaran (lead guitars) formed The Wandering Ascetic (TWA) in 2011. Jayakumar (bass) and Kannan K. (drums) completed the lineup and TWA debuted with the "Manifest Destiny" (2013) EP on Sonic Blast Media. While Rudra was interesting and unique music bordering on progressive, scant fragments of the "Manifest Of Destiny" EP did not impress me much – just typicall blackened thrash in the vein of Ravencult. Is this, just recently released, TWA’s debut LP, "Crimson", in the same vein or more like Rudra?

The most honest answer to that question would be: neither and both. On one hand, TWA is distinct from its own past as well as Rudra’s, on the other, it is similar to the EP in sound but more Rudra in songwriting. The production is powerful and clear throughout and performances are examplary, while the opener, "Eva Braun", rides Enforsaken’s "Forever Endeavor" married to Witchery’s "Restless & Dead" with Behemoth’s "Antichristian Phenomenon" while echoing Cannae, deceiving that this is a complex progressive album.

Most of the songs, while very memorable and catchy, are relatively simple verse/chorus affairs with occasional transitions. The most formulaic ones (The Exorcism Of Mrs. Doe) tend to sound alike despite different riffs (Beast Of Burden) but they have excellent Katatonia melodicism (The Gods Bleed!, To Hell, Back And To Hell Again). The favorites include "Here For The Good Things" which not only has addictive Megadeth "Disconnect" riffs and melodies but also lyrically speaks the truth about false friends who could care less about you but just stick around for how much fun they can have with your resources, and classicly Slayer-ish "Assasins" that’s bound to stick in your head whilst refusing to leave it.

The album, besides the already mentionables, has one very serious flaw: it sounds way too much like Witchery, including the vocals, on every track. I am actually surprised that such experienced and skilled musicians as Kathir and Vinod did not catch this too close for comfort similarity of style, because listening to "Crimson" is very much like listening to "Restless And Dead" reloaded. While this is not a big problem on a debut, it needs to be corrected as soon as the sequel.

The Wandering Ascetic is a decent album but at this point the Singaporeans still sound too much like their influences, especially Witchery. Futhermore, they seem to have the same problem as the Italians S.R.L. howbeit to the greater degree, great riff and melody writers while not so good at constructing worthwile songs, the aforementioned exceptions notwithstanding. Hopefully, the follow up will correct both issues.