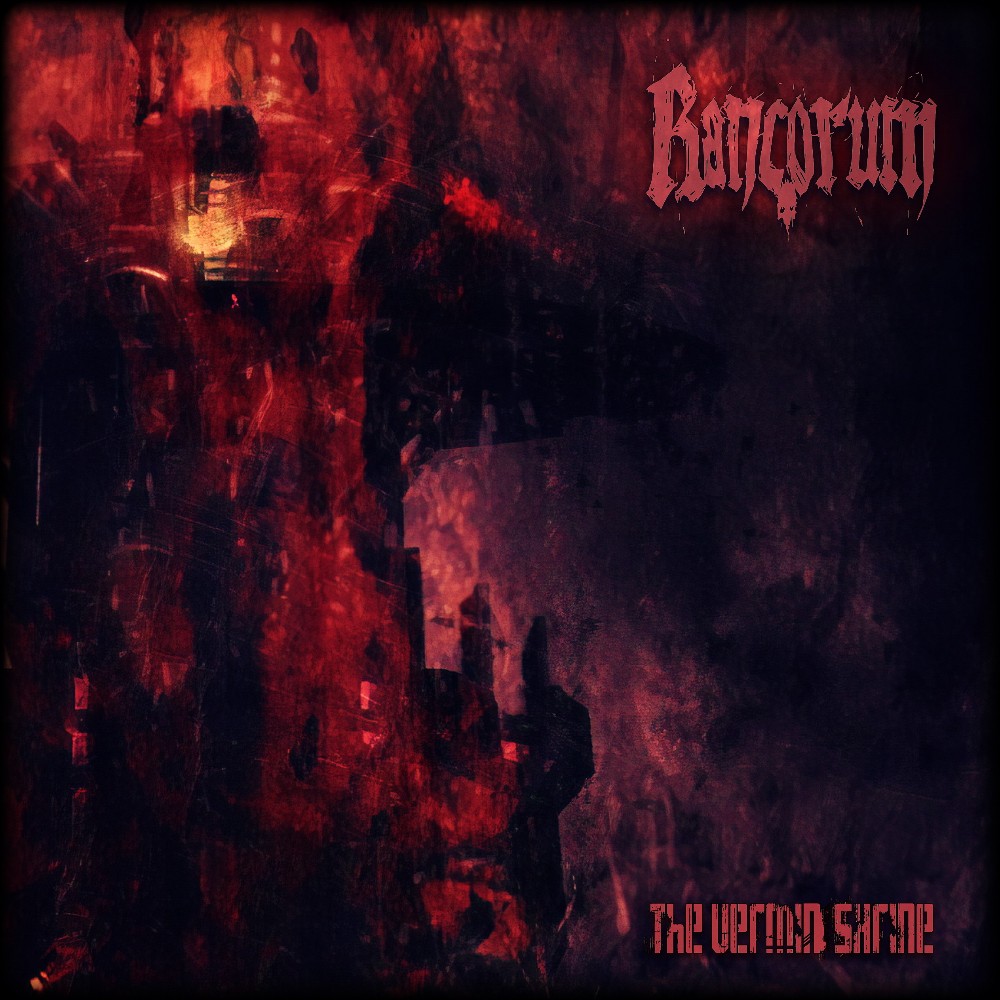 The Romanian death metal duo has been around for 5 years but this here, the debut album, is their only release. The two men, the sole guitarist Nick Paraschiv and the vocalist Liviu "Ravager" Ustinescu, either play additional instruments (bass, drums) without taking credit for it (bass is a kind of guitar, after all), use drum machines or hire undisclosed session musicians but, whatever the case, no information is available regarding this issue. What kind of death metal do they present on this just 6 track, but nearly 37 minute affair?

What Rancorum presents on their debut album is old school death metal in the vein of Grave, Unleashed, Entombed and Dismember, with nods to Immolation’s "Close To The World Below" and "Unholy Cult" as well as Asphyx, Morbid Angel, Ulcerate and, of course, Slayer. Excellently and clearly yet devastatingly produced and flawlessly executed, "Vermin Shrine" showcases most tracks on an even keel with few surprises, such as the Hypocritical melody (Towards Below) or slowburn a’la Behemoth’s "Horns Of Baphomet" (Bedlam Of Saints), to say nothing of very interesting and unique industrial/electronic effects between tracks which give an impression of a concept album, all of which brings us to the lyrics.

The titular "Vermin Shrine" is most likely a derisive name for the Roman Catholic Church, probably, though, meant for institutional religion at large, the kind Jesus Christ warned of in Matthew 6:1-2, Churchianity, which is evident from the lyrics, such as "deep down into the depths of joy perverted Father awaits to join", referring to the pedophile priests scandals and the cover up by consecutive popes (Bedlam Of Saints) or the looming danger of theocracy with "purging, cleansing/the zealots of clergy marching relentless…brutally establishing a wicked new regime" (Towards Below), as "angels and demons begin incestuous union" (Vermin Shrine). Death metal’s antireligious stance may not be anything new, but the danger of worldwide theocracy to spite Christ’s disovaval of such tendencies in John 18:36, certainly is even more pressing and relevant in, say, modern US or Poland, than when the genre promoted rebellion against it through classic mouths of Ross Dolan (Immolation) or Chuck Schuldiner (Death).

Musically, Rancorum do have a few tracks which stand out from the others and surprise the listener. The opener, "Voidification" recalls Lamb Of God’s "As The Palaces Burn" for the most coherent track, with "Bedlam Of Saints" doomy riffs reminiscent of Asphyx’s eponymous album, but the title track is where the duo truly showcases their chops, with Morbid Angel’s "God Of Emptiness" marrying Ulcerate-ian dissonant sensibilities along with some thrashy riffing recalling classic Prong for the most varied and ambitious track, which structually appears inspired by arguably Immolations finest composition "Close To The World Below".

Overall, though, songwriting is where Rancorum could use significant improvement as too much of their music runs on old school Sweden, the kind of riffs that have been, and continue to be, done to death mercilessly and seemingly with no regards for innovation or maintaining the listener’s interest (see upcoming Megascavenger review).

Rancorum may not be (yet) a revelation but they execute their death metal well, already clearly showing potential on the debut, plus the production is surprisingly excellent for a debut album. The sequel should bring improvement in the songwriting and I suggest going the way of the title track all the way this time for this is where you are at their most unique, innovative and promising.