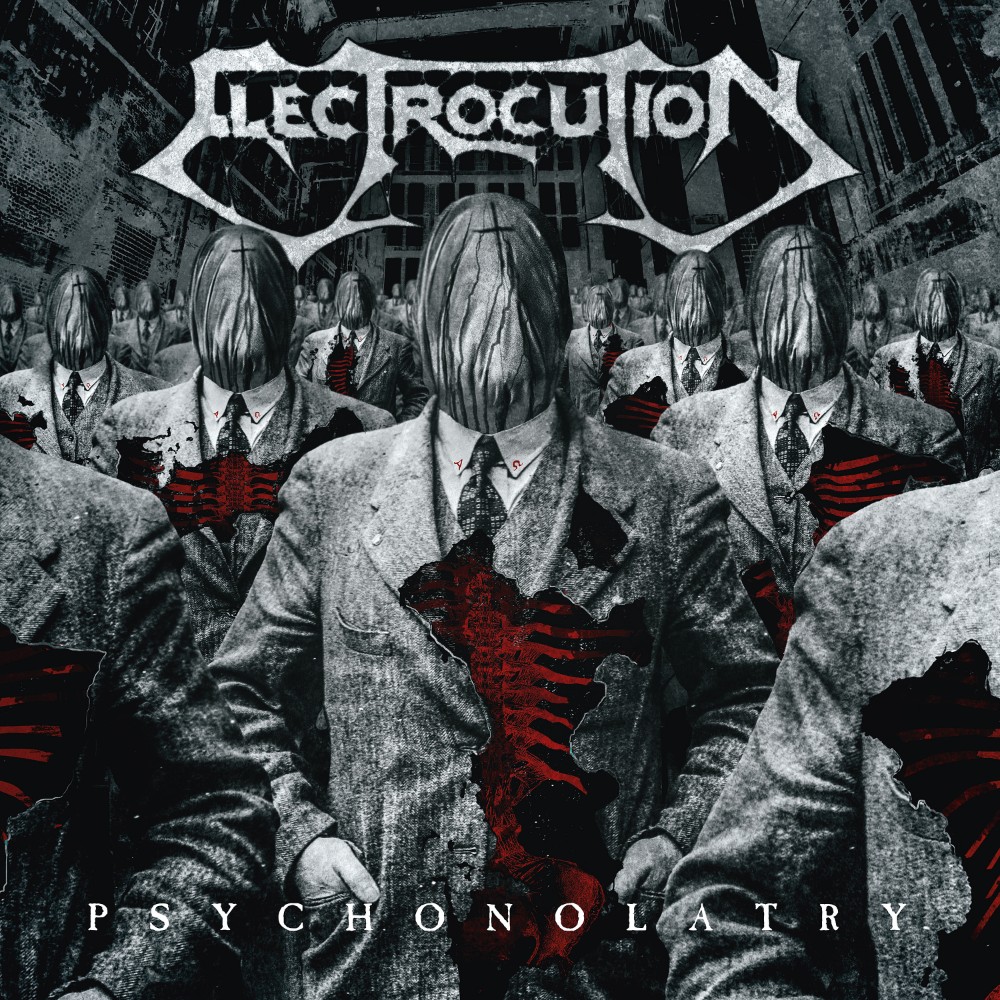 The Italian technical death metal group were already cultic in their country only 3 years after inception thanks to the quality of their debut LP, "Inside The Unreal" (1993), a fairly original mix of early Death, Obituary and Carcass with strong progressive tendencies. As it is often the case, the valley came in shortly after the hill and they disbanded just months before their then guitarist Alex Guadagnoli was selected for a studio-audition for Sepultura (1997), shortly after Max Cavalera’s departure toward Soulfly. Reunited in 2012, Electrocution re-released their extremely rare debut followed by "Metaphysincarnation" LP, a strong progressive technical death metal record heavily inspired by Polish death metal stalwarts such as Vader (big time), Behemoth or Dies Irae. With this year’s release of their 3rd opus do they continue in that vein or are they harking back to their remote but classic past?

While "Psychonolatry" is most akin to its immediate predecessor it does bear some similarities to the debut. There is still plenty of Death influence (Divine Retribution) in the melodic aspects and the last track is even the re-recorded opening track from "Inside The Unreal", "Premature Burial", which, after comparing both versions, I actually found superior to the original, and that partly because I like their current Misery Index of Krisiun by the way of Kataklysm-ic Sepultura sound a lot more appealing and partly because it sounds more aggressive and clearer. It does not hurt that "Psychonolatry" is excellently produced and executed with Mick Montaguti’s fairly decipherable brutal growls of a humanoid dinosaur choking and puking simultaneously snapping like Jason Netherton (Misery Index) neatly over excellent and innovative technical Montaguti/Neil Grotti riffing with excellent melodic Alessio Terzi’s leads, of course, the roles not necessarily thus compartmentalized. Matteo "Lehman" Grazzini plays bass for Blaze Bailey so no wonder his parts are both distinct and relevant as well as conforming with the whole while Francesco "Vellacifer" Vella drum patterns can get very technical and unusual as in the aptly named "Warped" with its surprisingly very melodic Fear Factory-ish harmonies.

I have a specific two-fold preference regarding extreme or brutal metal. Either it needs to still be structured verse/chorus or, if not, all riffs need to be very memorable and plenty. "Psychonolatry" has a bit of a problem with both criteria, which entirely justifies the 4.5/6 score. Occasional Gothenburg melodicism or Meshugga-ic cyberwail (Malum Intra Nos Est (Seneca I Century AD) with thrashy rhythms (Divine Retribution, Misanthropic Carnage), guitar unison sounding like literal AK47 (Of Blood And Flesh) all contribute to the material memorability, every track sporting a commendable distinct bacground rhythm and solo, recalling Sepultura’s "Territory", but the downside of the even keel is that almost nothing stands out from the pack except for the, interestingly twice repeated, "Bologna" (earlier in Italian as "Bulåggna") where hooks appear inspired by Immolation’s underrated "Harnessing Ruin". It seems Electrocution chose this particular song for bilingual double feature for a reason.

Having admittedly arrived at a very unique and personal sound for themselves Electrocution seem to have paid for it by compromising memorability, fortunately not to the overwhelming degree, but I suggest working in more hooks on the follow up without sacrificing the unique sound or brutality. You have something special here but it’s still needs refiner’s fire.