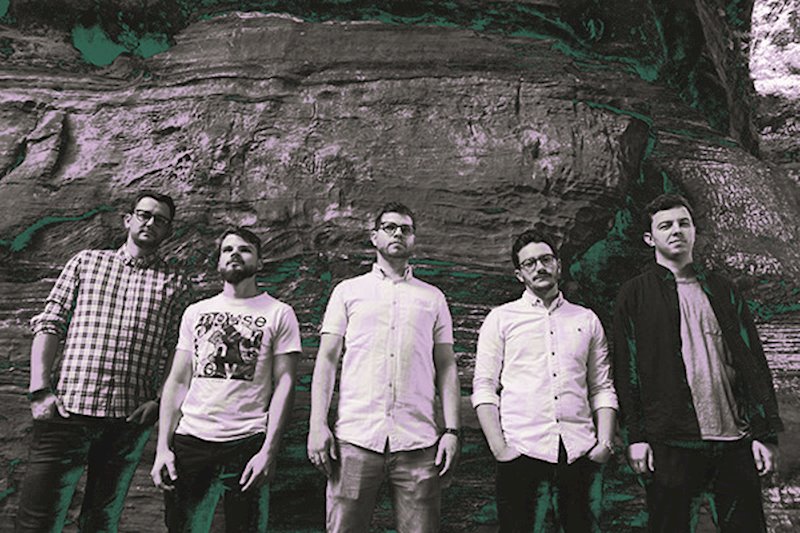 Available Formats
CD
LP
Digital
The Statement
In our minds, „Allegorhythms“ is the creative peak of four years intense songwriting.
We always try to evolve as a band. So we took all our love to early and current
Prog-stuff, Shoegaze and Postrock and mixed it with our idea of music.
We geared up with some new instruments,
used different tunings and even experimented with old tape machines to
find out, what fits the songs best.

When the recording process was finished, we had the idea that it would be cool
to give the mastering-process to an artist we all like and respect.
So we asked Magnus Lindberg from Cult Of Luna if he’s interested in doing the
mastering and his first words we’re: "Yeah, i’m interested, sounds good and well recorded".
So we were stoked and he did an amazing job.

In the next steps we worked together with our friends Muriel and Manuel from MM,M
for the artwork and they just nailed it.
We’re all so proud of the final result. We love the outcome of the whole process, the mastering, the artwork and we’re so thankful to Kai from Barhill Records for putting much love and work in this and other releases. So we hope all the music-loving people out there can enjoy „Allegorhythms“ as much as we can.
It is availible on vinyl (4in1 punched cover on green vinyl), CD (Digipack) and Digital.

The Biography
Eleven years is a long time. Over such a long period of time, life throws up all kinds of personal changes and developments – and can’t be held back by anyone or anything. All of which makes it even more noteworthy when connections between people remain constant despite these everchanging circumstances.
This all sounds very clichéd, but it truly does apply in the case of the band Flares. The Saarbrücken five-piece have been playing instrumental post-rock, with a decent helping of prog-rock, since 2007. Their sound has been influenced by bands such as Oceansize, Mogwai and Boards Of Canada. After the self-released EPs "Levitation" (2008) and "Kingdom Come" (2012, nominated "Demo of the Month" by German magazine „VISIONS“), the band‘s first LP, "Solar Empire", was released by the Karlsruhe-based indie label Wolves & Vibrancy Records in May 2014.
Over the years, Flares have opened for such acts as Mono, Red Sparowes, Caspian, and Animals As Leaders – winning over European Union cultural attachés, who didn’t hesitate to sign the band up to the "Multipistes" talent pool and give them the chance to take to the stage at "L’Autre Canal" in Nancy in France.
Even though the band’s history now goes back over a decade, and their members are strewn across Germany, neither their friendship nor their creativity has dimmed. For proof, look no further than their LP "Allegorhythms", produced by keyboardist Mike Balzer, which will be released on the 12th of October 2018 on the German indie label Barhill Records.
All songs written by Flares and produced by Mike
Balzer and mastered by Magnus Lindberg.