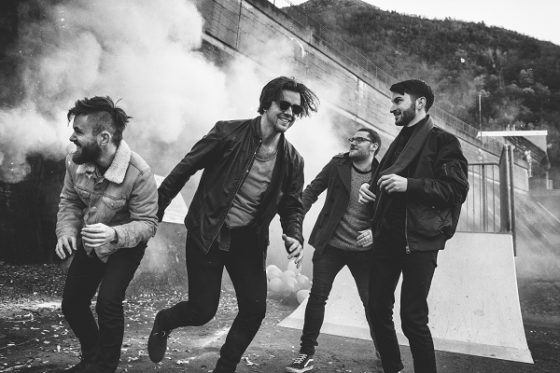 With their second full-length album "Limbohead" having hit the streets in March of this year on Karisma Records, Norway’s DOBBELTGJENGER have given fans a brand new single with which to fill the void in between releases.

Titled "Paper Cutter", the single is available to stream and download at https://KarismaRecords.lnk.to/PaperCutter

"Limbohead" itself has been described as a "colourful, varied and addictive rock album", which pretty much sums up DOBBELTGJENGER, whose lyrics tell tales of deep-rooted neuroticism, and whose eclectic sound contains contagious grooves, a futuristic guitar sound and soulful rock vocals. They also clearly demonstrate that as a band DOBBELTGJENGER is not averse to injecting a dose of fun into the proceedings now and then.

"Limbohead" comes in CD, 12" Vinyl and Digital formats and is available from all the usual retailers and streaming services, as well as from https://dobbeltgjenger.bandcamp.com and https://www.karismarecords.no/webshop/

A video by Jarle H. Moe for the track "Calling Tokyo" from "Limbohead" can be seen below