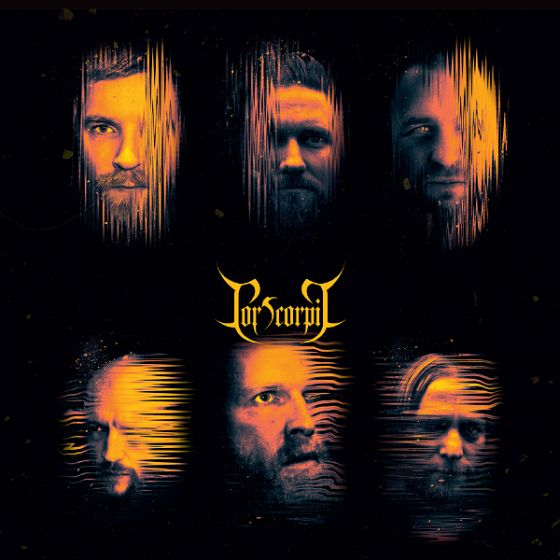 In exactly one month, on the 15th June, "Ruin", the sophomore full-length album from Norwegian Extreme Melodic Metallers COR SCORPII will hit the streets, and, in the meantime, Dark Essence have released a second track from the album. The track "Skuggevandrar" is available both to stream, or to purchase as a single, from the following:
DIgital Platforms: https://darkessencerecords.lnk.to/Skuggevandrar
Bandcamp: https://corscorpii.bandcamp.com/track/skuggevandrar

COR SCORPII was Founded in 2004 as an offshoot of the legendary WINDIR. Today’s lineup of Gaute Refsnes on keyboards, Inge Jonny Lomheim on bass guitars, accordion and programming, Ole M. Nordsve on drums, Rune Sjøthun on rhythm guitars, mandolin and programming, and Thomas S. Øvstedal on vocals, and Erlend Nybø on lead guitars draw their inspiration from classical music, folk melodies and the soundscapes of Nordic extreme metal.

A follow up to COR SCORPII’s critically acclaimed debut album "Monument", which was released eight years ago, also on Dark Essence Records, "Ruin" is the result of a lengthy song writing process which proved, at times, to be quite arduous for the band, and gives its members an opportunity to reveal their hidden talents by making use of instruments not usually used by metal bands, such as the accordion and mandolin.
Successfully blending epic, soaring melodies, with the harshness of extreme metal, "Ruin was recorded at various locations over a period of three years and was mixed by Børge Finstad in his Toproom Studio, and mastered by Tom Kvålsvoll at his Kvalsonic Lab.

With artwork by Novans V. Adikresna of the Marnov Studio, and including featured guests such as the classical singer Annika Beinnes, as well as Mats Lerberg (I SWEAR DAMNATION, ex-FUNERAL) who lend their considerable vocal talents to three tracks each, tracklisting on "Ruin" is as follows:

"Ruin" will be released in CD, Double Gatefold Vinyl and Digital formats and is now available to pre-order from:
CD & Vinyl: https://www.darkessencerecords.no/webshop/
All formats: https://corscorpii.bandcamp.com
US Webshop: https://darkessence.aisamerch.com/

More information about COR SCORPII can be found on the band’s Facebook page at https://www.facebook.com/officialcorscorpii/