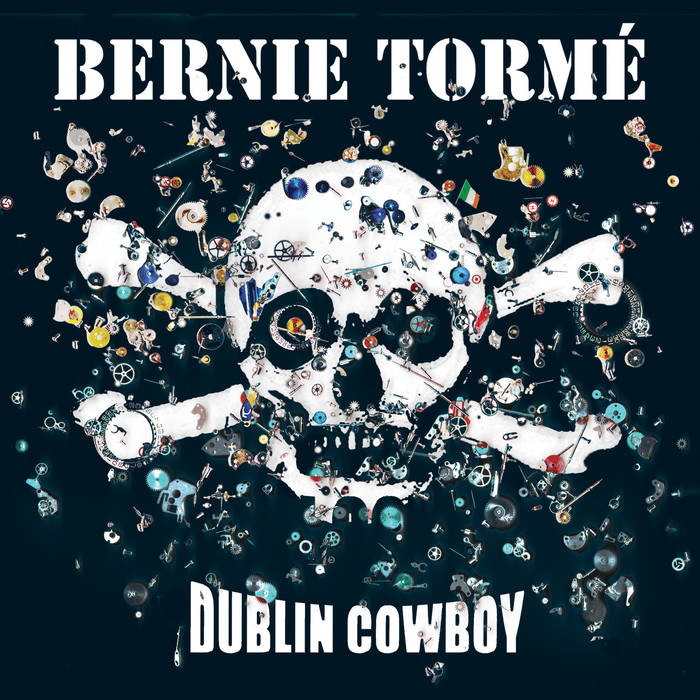 "Dublin Cowboy" by the ever-awesome and legendary Irish guitarist Bernie Torme (Gillan, GMT, Desperado) is no ordinary album. I am not just referring to the quality of this release when I say that, because while "Dublin Cowboy" is extraordinarily well-written and memorable, what is quite mind-blowing is that we are dealing with a triple album here. Yes, you read that right. For some bizarre but brilliant reason, Bernie and his brilliant band consisting of Ian Harris (drums, percussion) and Chris Heilman (bass) decided to record three discs instead of just one. How wicked is that? Now, what really blows my mind is that none of the discs are similar, which is to say that the first one is electric and wonderfully hard-hitting, the second disc is all-out acoustic and highly atmospheric, and the third disc is a fantastic live album that constitutes everything that makes Bernie Torme great.

The electric album is a highly interesting follow-up to 2015’s "Blackheart" album. We are dealing with raw and gut-wrenching (hard) blues rock dominated by Torme’s inimitable style of playing as well as his unique way of crafting riffs that totally stick. The three-piece band has never sounded better than it does here. The material is tighter than a nun’s cunt and yet organic, loose, and delightfully dynamic. You can tell that these guys have a special chemistry and a certain way of playing together that has grown into something very unique. What makes this one of my favorite Bernie Torme outputs is that the songs are so catchy and memorable. "Hair of the Dog", "Power of the Blues", and "Time (Has Taken Its Toll)" are some of the best tunes ever penned by Torme. On top of that, the album is solid all the way through. There are no low points whatsoever, but if I had to pick a favorite tune it would have to be "Power of the Blues". "In the Groove" and "Already Gone" are worthy of major praise as well.

The acoustic disc was a huge surprise to me. One does not associate Torme and acoustic guitars with each other, but that does not change the fact this is a moving and haunting album with a lot of emotional depth and substance to it. If you are looking for something mellow and special to immerse yourself in on those loveless lonely nights of yours, this is it. You need to experience this one for yourself. Truly remarkable and mesmerizing stuff! Listen to "Death of Dreams" and allow yourself to be carried away.

The live disc, which was recorded in South Shields in January 2016, is a testimony to just how fabulous the Bernie Torme band is on stage. Everything about this live ritual is just right. The sound, the tight performance, the selection of songs, and the roaring approval of the crowd. This is one of those live documents that I really cherish simply because it does everything that a great live album is supposed to do. I recall reading somewhere that Bernie was ill or feeling unwell before the band went on stage and recorded this album, but believe me when I say that Bernie is on fire here and totally slays. As does Ian and Chris, mind you. Just listen to their rendition of the classic "New Orleans" cut, damn it. Superb!

"Dublin Cowboy" is a stunning and fascinating release that perfectly encapsulates everything that I love about Bernie Torme. At the same time, it also holds a lot of surprises (mainly the acoustic songs). The musical content of the whole package is captivating and has a sense of familiarity to it while simultaneously being challenging and different to everything else out there on the market today. Nobody sounds like Bernie Torme. Nobody! Buy or die, fuckbags!