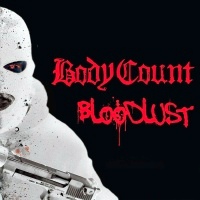 In the words of one of Body Count’s founders, singer and actor Tracy Lauren Marrow known to us all as rapper Ice-T, Body Count combines "impending doom of Black Sabbath, the punk sensibility of Suicidal Tendencies and the speed and the precision of Slayer" and I would also add Biohazard to the fold of influences. I am a big fan of Biohazard, especially of "Urban Discipline", "State of the World Address" and "New World Disorder" albums with it’s fusion of rap, hip-hop, hard core and some seriously heavy metal appealing to my basically rebellious nature hitting the same spot Pantera and Machine Head did in the 90s, particularly Biohazard’s knack for building catchy melodic tunes with these ingredients. Because Body Count are Biohazard contemporaries, the similarities, such as the opening "Civil War" to Biohazard’s "Love Denied"are just as understandable as Megadeth’s similarity to Metallica or Pantera’s similarity to Slayer. "Bloodlust" takes me back to my Polish upbringing when metal was just leaving the mainstream and bands like Life of Agony, Pro-Pain successfully sought to marry it to different genres of music such as hip-hop and rap. But whereas a quick travel up and down youtube videos assured me that Body Count began as a rap/hip-hop band with metal skeleton, "Bloodlust" is as undeniably heavy metal as Pantera or Slayer. There is no denying the power and aggression of these songs courtesy to the fantastic production of Will Putney, all the more benefitting from relevant and at extremely graphic lyrics. What’s really cool about this record is how Ice-T really exposed the gangsta culture, the good, the bad and the ugly to borrow from the old western classic, but through it he brilliantly commented on the real state of union and then world address. It is utterly horrifying in its nakedness.

Beginning with the aforementioned "Civil War" where guest speaker David Scott Mustaine of Megadeth in his typically sardonic over the top conspiracy theorist fashion paints a futuristic scenario similar to that of "Endgame" from the Megadeth’s album of the same name, a scenario so ridiculously unlikely it will make you snicker (the United Nations taking over the US government in a totalitarian power grab), Body Count starts off on a heavy but slow note, again, in a very Biohazardian fashion, guest vocalist Max Cavalera (ex-Sepultura, Soulfly, Cavalera Conspiracy) snapping a monstrous roars over the chorus but Mustaine completely redeems himself with a smoking solo a’la Rust in Peace/Peace Sells atop some serious Slayeric thrash parts, followed by a scathing and an explicit scene from a gangsta life "The Ski Mask Way", where Ice-T describes a bank robbery over some great Biohazardian riffs, but he sounds as though he were actually conducting it during the recording which initially slammed my jaw against the floor. Then, again, anybody who saw this man act knows you can’t tell whether he is acting or acting out. That’s the cool and creepy thing about this album is that you can’t really be sure where he is narrating his own life and what is merely poetry for the benefit of the record, and this wonderful confusion only intensifies as the record progresses. For instance, on the following "This Is How We Ride", a surprisingly southern rocking simple but effective tune, the gangsta rationale is so real and understandable even to me, even the same mindset I had when a personal tragedy hit me: they kill your loved one and you don’t want to call the cops, you want revenge and you want it now. This tune also proves that metal doesn’t always have to be super complex to be effective and to hit home and for these reasons it is one of my personal favorites what with the cool riff perfectly in sync with explosion AND gunshots, a really groovy but a powerful statement.

Now, while I would not call "All Love Is Lost" a filler, I don’t see it as more than a skillful transition to the brilliantly executed cover of Slayer’s "Reign in Blood/Postmortem" preceded by Ice-T’s brief statement of purpose of the band I cited in the first paragraph. The cover’s execution is flawless in sound but what is truly impressive is the vocal prowess of Ice-T and bassist Vincent Price, both easily rivaling Tom Araya and whereby I realize how similar Ice-T’s vocal is to Slayer’s bassist"s overall. "God, Please Believe Me" serves as a competent short intermission between side A and B where Ice-T proclaims "I’m trying to make peace with the karma of drama" something I myself am all too familiar with though definitely not to the degree he describes in this short interlude that changes the subject matter from "the hood" to the country and the world at large for the remainder of the album.

The focus shifted from personal tragedy to collective responsibility "Walk With Me…" is guest vocalized by Lamb of God’s Randy Blythe, whereas the song probably purposely sounds so much like Randy’s band it could have been featured on the album "Sacrament", but who gives a rat’s ass when it is so good, a thrashy catchy number flirting with death metal, spawning another favorite. "Here I Go Again" fails to impress in the same way but the explicit and gruesome nature of the lyric on a Jekkyl/Hyde serial killer type to accompany some of the heaviest riffs on the record helps to not lose the momentum and prepares for the best song on the album "No Lives Matter", which is a perfect Body Count manifesto, heavily steeped in underground hard core but encased in a heavy metal Slayer meets Pantera fury. Keeping in tradition with the great metal albums of the past where the title track had to be one of if not the best on the album, "Bloodlust" is another welcome surprise, written in a Megadeth "Sweating Bullets" or Biohazard’s "Uncivilization", track heavily hard core with a hint of melodic death/thrash, one of the most purely metallic songs in Body Count’s discography next to the great "Black Hoodie" with a powerful melodic chorus. Long gone are the times where Body Count was just flirting with metal, they are now a fully heavy metal band who transgresses a few genres sometimes seamlessly so. And you’ve got to love those thunderous "tan,da, da, da, da, da, da" cascading riffs.

The last three tracks are where Ice-T really nails down the key issues facing Americans and earthlings today. Ice-T’s statement is spot on when he says that it’s unfortunate that we even have to say "Black Lives Matter" because going back in history black people were killed (and tortured!) in the street, nobody went to jail, but when you say "Black Lives Matter" and then you say "ALL Lives Matter", you’re diluting the issue which isn’t about everybody but about black lives at the moment, and echoes my own saying that whether you’re talking about race, religion, crime, violence or politics, the only thing that ever changes is mass media focus as dictated by the rulers. Ice-T rightly points out that while racism in America is alive and real the cops "know who to fuck with" and won’t touch anyone who’d "sue their ass" so they assume that a black or brown person means a poor person and thus safe to fuck with, beat up or even shoot dead, which any American honest with himself or herself knows that it is painfully true while Ice-T warns "they know we can’t fight back…but we’re about to!" because "the people have had enough". Humorously Ice-T notices that all the people tripping off the police brutality as though it were something new, are ignoring that he’s been talking about it for over 20 years, but that "now you can kill a motherfucker just because of how he’s dressed" makes me shudder as my eyes fall on my…favorite black hoodie draped over a chair in my room. "Since the beginning of time humans have killed each other because they disagree, the human the only animal that actually kills for sport (next to other predators?), the ability to kill is as innate as our ability to love, when someone hurts me I want revenge, I want them in pain, I want them dead" is a nice punchline to the earlier "I’ve got to be honest with you: if someone were to kill me shoot me right now my last words wouldn’t be ‘peace’ it’d be ‘get those motherfuckers’", but it’s honorable that Ice-T, a man on the record quoted of rightly calling the current occupant of the White House a gangster, includes himself as part of the same virus called humanity that he recognizes that no one is innocent and that the human problem is spiritual (not to be confused with religion which actually fuels the problem), his words ringing with ghastly reality but set in a glimmer of hope that "this land of fools will rise" in the words of Phil Anselmo (Rise/Vulgar Display of Power/ ATCO, 1992).

Complaints? Some songs could have been expanded further, but I chalk it up to quest for variety. I am also not convinced of the opener especially when the excellent closer ends with a gunshot, even if Mustaine’s solo is better than any on "Dystopia". Maybe one or two more songs would have really helped making it a killer album, but for what it’s worth "Bloodlust" is a damn great record from a band who is definitely getting better with age.