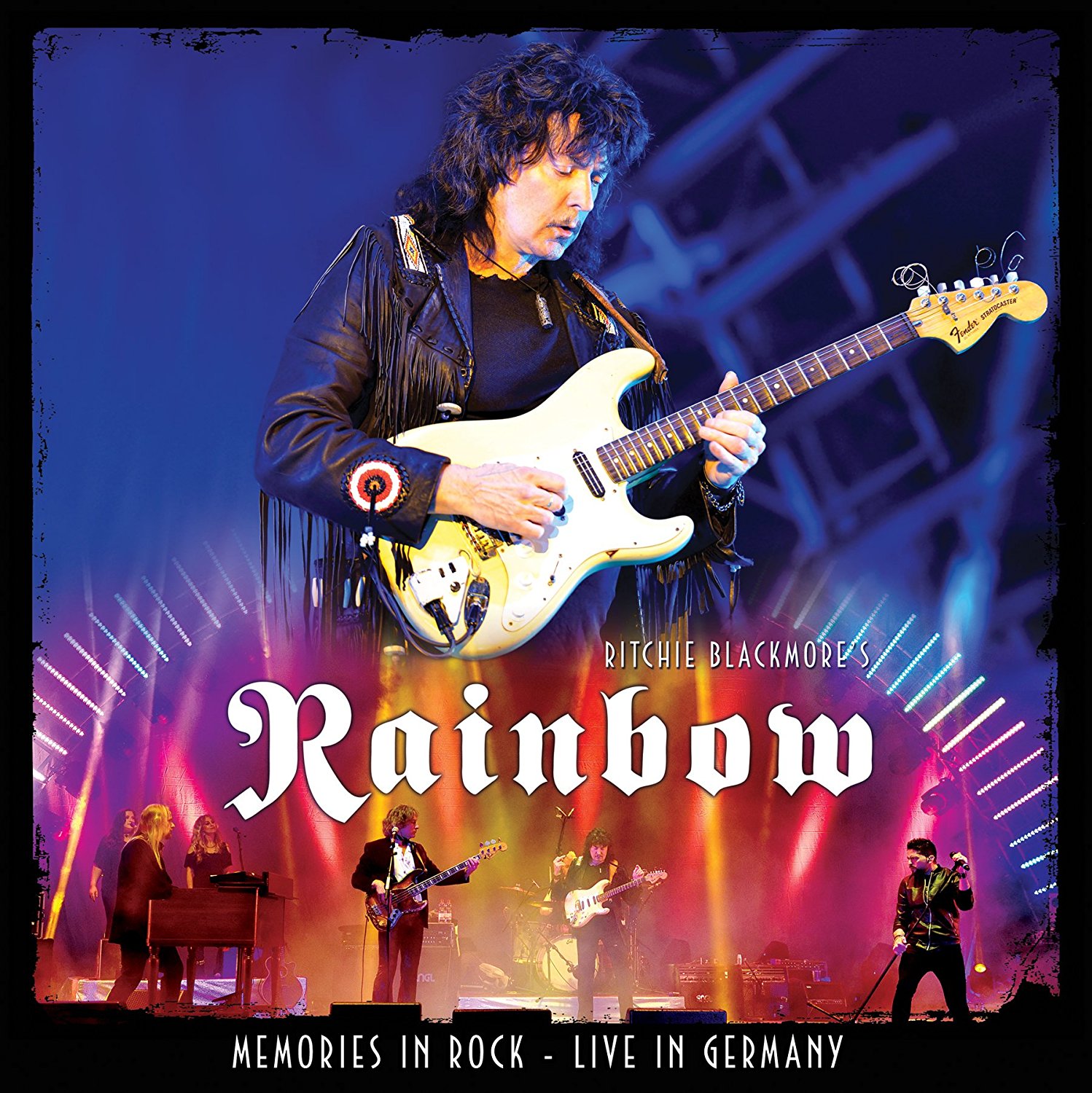 It was nothing less than brilliant news when legendary guitarist Ritchie Blackmore announced that Rainbow would return briefly to the stage for three shows in June 2016, more specifically two in Germany and one in the UK. Needless to say, many fans of both Rainbow and Deep Purple had longed for Blackmore to once again let loose his unearthly rock ‘n’ roll talent on stage for all of us to revel in. It was almost too good to be true. Thankfully, the shows turned out rather well and that is putting it mildly. It did seem a tad ambitious to film and record the very first show at Loreley given that this would be the first time in twenty years that Blackmore had performed hard rock music not to mention that it would be the first appearance by Rainbow since the "Stranger in Us All" tour ended in 1997. YouTube footage and reviews by members of the press as well as fans suggest that the gig in Birmingham was the best performance of the three, but I am not going to complain that it was the Loreley show and to some extent the one in Bietigheim that was officially captured on tape and not the UK one. Far from it! The fact of the matter is that I would much rather have "Memories in Rock" than not have it at all. Now that I have had the chance to immerse myself in this splendid live document for some time, I do not want to part with it ever again.

Speculation was rife before the gigs actually took place. Why had Blackmore not invited any of the old members back? How would the 2016 version of the band sound? Would they be up to the task? Questions kept popping up on every goddamn rock forum known to man, but at the end of the day Blackmore did exactly what he wanted to do. Just as he always has, really. He introduced an entirely new line-up. Keep in mind that when Rainbow returned in the 90s, the "Stranger in Us All" album featured no former members of the group. Not one! He has always been in search of that magical combination of musicians (although I would argue that the "Rainbow Rising" line-up was it!) as well as fresh ideas, so I was not surprised when he revealed that the 2016 line-up would consist of "new" guys, namely Ronnie Romero (vocals), David Keith (drums), Bob Nouveau (bass), and Jens Johansson (keyboards). Enlisting the help of two female backing vocalists was a pretty smart move, too.

What is truly remarkable is that Blackmore had not performed many of these songs for twenty-something years and yet throughout this album he truly shines and once again proves why he is considered one of the finest guitarists of all time. A stylist and an innovator no doubt. Jens Johansson is simply awesome and the stuff that he is pulling off on keyboards is magnificent. The bass lines courtesy of Nouveau are pure magic and are luckily quite loud and clear in the mix, which gives a lot of punch and power to songs such as "16th Century Greensleeves", "Man on the Silver Mountain", and "Long Live Rock ‘n’ Roll". Speaking of "Man on the Silver Mountain", I love the fact that Romero pays tribute to the great Ronnie James Dio halfway through this particular rendition of the song. Other highlights include the gentle and moving "Catch the Rainbow" and the epic and monumental "Stargazer".

My main complaint regarding "Memories in Rock" is strangely paradoxical in that the Deep Purple tunes sound great, but I wish the band had swapped them for Rainbow tracks instead. "Black Night", "Perfect Strangers", "Child in Time", "Smoke on the Water", and so on all sound superb, but if I had the chance to hear them perform (and I am merely listing examples here) "Gates of Babylon", "Tarot Woman", "Kill the King", and "Eyes of the World" instead, then I would have opted for that. Romero sounds great singing the DP classics, though. The version of "Mistreated" that is on here totally slays. There is a lot of passion and intensity to his voice.

"Memories in Rock" should be considered something akin to the holy grail of hard rock to those who were there on those two nights in Germany, but it ought to be equally treasured by those who were not there. This is a brilliant testament to one of the finest guitarists and bands who have ever graced the face of the earth. Yes, it might be an entirely new incarnation of Rainbow, but that does not change the fact that this double live assault is a great addition to the Rainbow discography. I keep returning to this live offering over and over again and each time I discover something new, be it a subtle lick by Blackmore, a certain vocal line by Romero, the interplay between Keith and Nouveau, or some mind-blowing keyboard-wizardry by Jens Johansson. As a fan of Rainbow, "Memories in Rock" is nothing less than a musical blessing. It does everything that a great Rainbow live album is supposed to do. Sure, it is neither as captivating and timeless as "Made in Japan" by Deep Purple nor as intense and compelling as "On Stage" by Rainbow, but that does not mean that it does not rule, because it most certainly does.

Rainbow have lined up four UK dates in 2017. Be there!

WRATH OF ECHOES – A Fading Bloodline