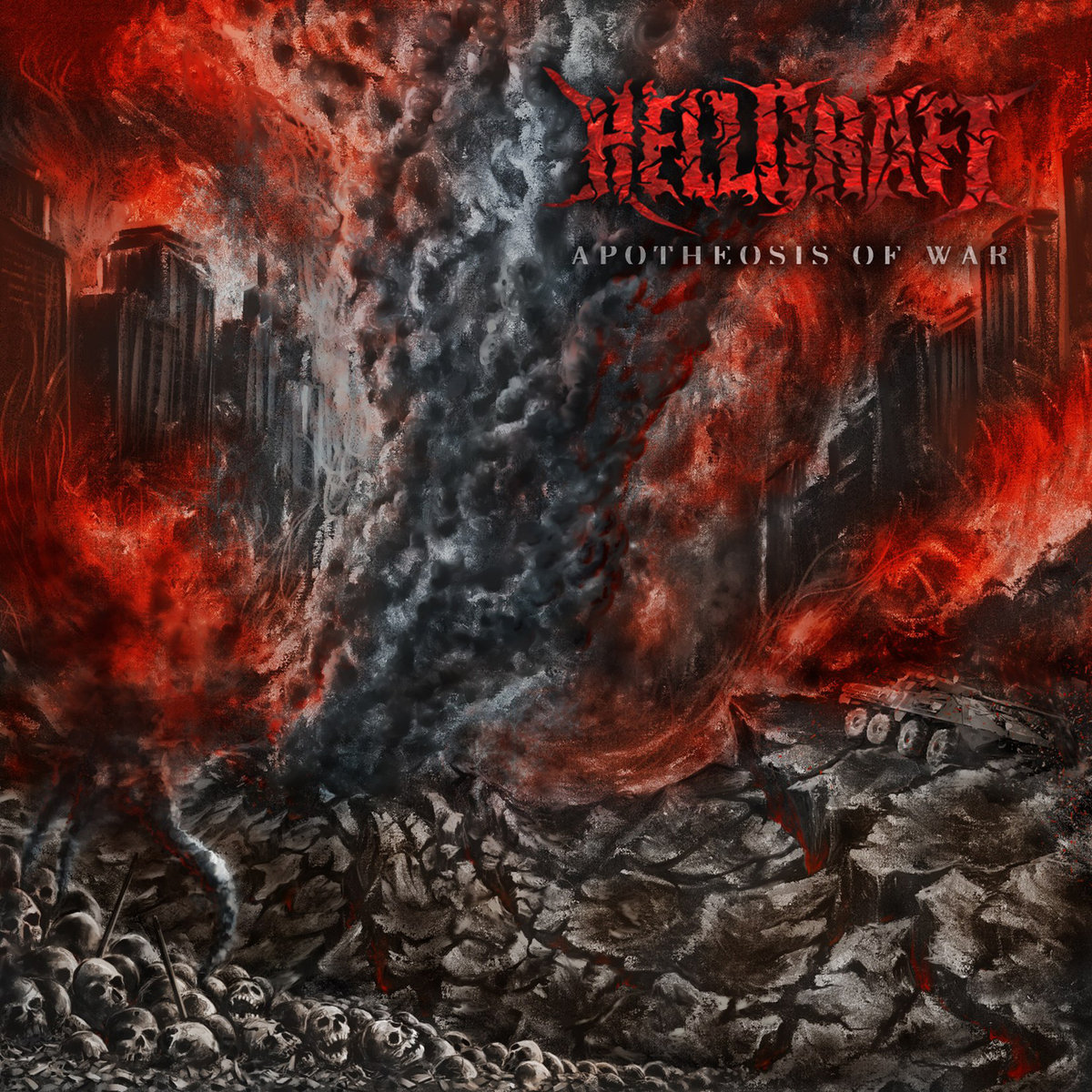 The Ukrainian death metal combo with the rather over-the-top name of Hellcraft released this 8-track effort entitled "Apotheosis of War" earlier on this year and the result is a satisfying one. Hellcraft is rooted in rotten, murky, and old-school death metal, but it sounds neither cheap nor pathetically retro. Hellcraft actually pulls it off and delivers a bunch of catchy and memorable tunes driven by simple and effective riffing, thick and crunchy bass lines, hateful vocals, and pounding drums. The dark and organic production is suitable and each instrument is clearly present throughout each twisted tune. In addition, the slow and gloomy parts serve as a nice contrast to the intense and fast-paced ones, so the album does possess a bit of variety. On top of that, the guitar leads are quite catchy too while the use of keyboards lends a bit of that ancient Morbid Angel/Nocturnus feel to the proceedings in places. Granted, there is nothing original to this at all, but one could argue that bands who manage to evoke the sinister and violent death metal feeling of old in an authentic manner are far and few between. Most bands who try fail miserably, but Hellcraft has something that just works for me. While none of the songs are destined to become future classics as such, "Apotheosis of War" is solid, entertaining, and full of energy all the way through, so check this one out if you are interested in seeing what the Ukrainian death metal underground has to offer. This is some cool stuff.