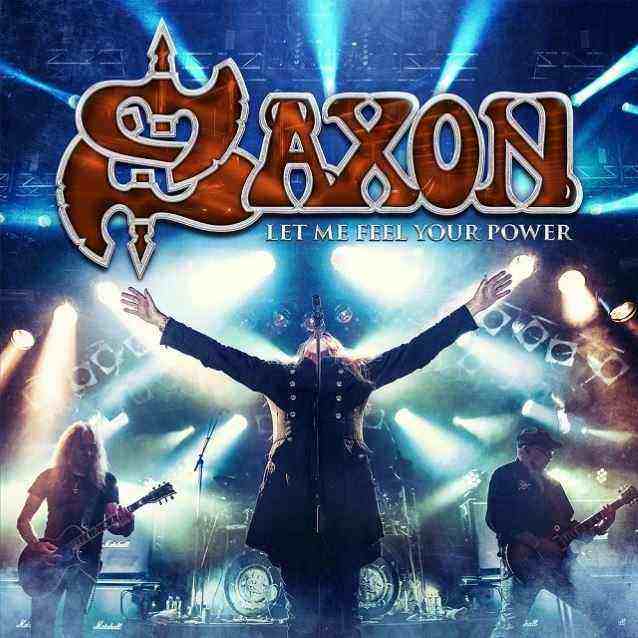 "Let Me Feel Your Power" is another double disc of live shows from the veteran traditional metal band Saxon. Capturing shows from Germany and the USA, you get the energy resonating through your speakers from the stage – a solid mixture of older and newer cuts spanning their five decades as recording artists. Only privy to the audio tracks at the time of review (the physical editions available as Blu-Ray or DVD/ CD combinations), there are 34 tracks to give the listener over two and a half hours of material – making you feel like you are right there with the band.

Intertwining classics like "Motorcycle Man", "Princess of the Night", "Wheels of Steel", and "Crusader" with a lot of recent material off their last two studio albums – including the potent title tracks "Sacrifice" and "Battering Ram" plus the crushing "Destroyer" and "Eye of the Storm", the Munich crowd for the first disc is very respectful of all facets of their favorite songs. Saxon has made Germany a second home away from home – not surprising given the pride and respect the country gives to the heavy metal genre. The Chicago, IL show for the second disc gets a couple more tracks – including favorites like "This Town Rocks" and rarely aired "Rock the Nations", proving the band’s willingness to span their vast discography in switching up set lists to provide worthwhile entertainment each and every tour.

Between the precise riffing and magnificent lead breaks of the Doug Scarratt/ Paul Quinn axe team, the potent rhythm section of bassist Nibbs Carter and drummer Nigel Glockler, topped off by the steady voice of Biff Byford, it’s not surprising that the popularity of the band hasn’t really waned even when physical sales appear to be on the decline. When it comes to heavy metal, the fans want to experience the ‘power’ on stage – and Saxon assuredly deliver on this package.