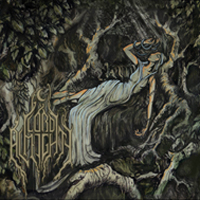 Lord Almighty specialise in thrashing black and roll with a melodic and progressive leaning. In terms of genre, they push the envelope in a way that acts like Nachtmystium did in the later years. Paths is their debut full-length release and does a great job of demonstrating the musical and songwriting abilities of the band. The production is good too – very clear, with an emphasis on catching all of the energy of the original performances (it actually almost sounds live in the studio at times).

If, like me, you get tired of bands who tread the same paths as every other act that came before then this album should interest you. If you like you music interesting and stimulating, and varied so as to be aggressive and melodic at different times, Paths may well be for you. After 20 spins of so, I really respect this band for the direction they have taken and their ability to fulfil their vision. On the other hand, Paths is strangely less than the sum of its parts. I don’t like it as much as it deserves and respect never really crossed over into any great affection or drive to listen to this album over and over. Having said that, the lines at the start of this paragraph hold, and this is a band I will be keeping my eye on in the future.