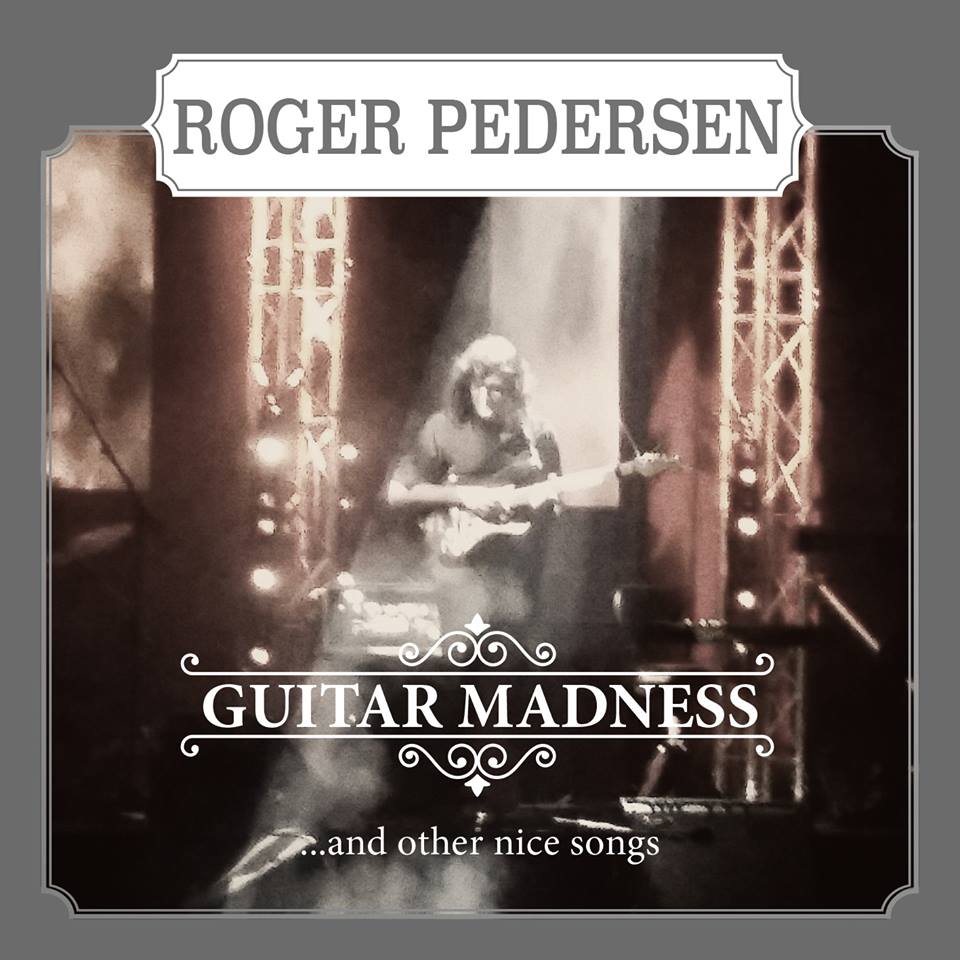 Roger Pedersen is a highly talented musician and guitarist hailing from Norway, and this album of his entitled "Guitar Madness and Other Nice Songs" is his third so far according to the press sheet that accompanied the promo copy I was given. As the title of the album suggests, the fourteen tracks that constitute this effort are all rooted in progressive and shredding guitars, lots of insane solos, tricky riffs, and twisted arrangements. To be perfectly honest with you, this style of music has never done much for me, and musicians such as Yngwie Malmsteen, talented though he may be, are a total fucking bore in my opinion. Luckily, Roger Pedersen is definitely more interesting to listen to compared to so many other virtuoso musicians out there. For one thing, "Guitar Madness and Other Nice Songs" contains both electric and acoustic pieces, which means that the album has variety to it as opposed to merely being one everlasting one-dimensional shit-storm. In addition, Pedersen alternates between speedy and aggressive sections, calm and harmonious passages, extravagant and progressive solos, and even some poppy melodies and riffs in places. The production is decent, but it could have packed a bit more punch and sounded more bombastic. Highlights include the mellow and folk-like "Just over Those Hills" as well as the frantic "The Swarm", but I could have done without the last track, the lame "Save Me from Myself", which features vocals that are nowhere near convincing.

As I mentioned earlier on, this style of music is not really my cup of urine, but for some reason I find "Guitar Madness and Other Nice Songs" entertaining and cool to listen to. An impressive display of musical ability and progressive metal thinking, but I reckon this album will mostly appeal to guitar aficionados. Give it a spin if this kind of thing appeals to you.