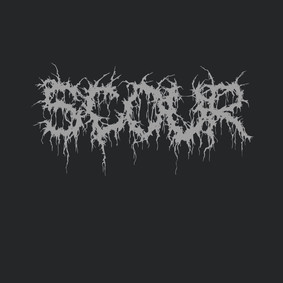 Scour is a brand new ensemble featuring Phil Anselmo on vocals, John Jarvis on bass, Derek Engemann on guitar, Chase Fraser on guitar, and Jesse Schobel on drums. This 6-track plague of theirs was recently released upon the unsuspecting metal masses by the ever-awesome Housecore Records, and I must say that I rather enjoy Scour’s intense and hard-hitting take on black metal. While nowhere near as violent and bombastic as say, for instance, Marduk or Triumphator, or as progressive and technical as Deathspell Omega for that matter, Scour is certainly an aggressive and lethal entity with a lot of potential to it. The songs are all rather short and in your face, and the riffs and melodies are somewhat linear and simple. In that sense, the EP as a whole is both catchy and memorable, but, unfortunately, there is not a whole lot of depth and substance to every song that is on display here. I love Anselmo’s vocals on this release, as they are diverse, intense, and totally different to the (stereo)typical black metal screech, but I do think the EP lacks atmosphere here and there. Some of the riffs and parts are just kind of there without really conjuring up any kind of mood or establishing a dark setting, if that makes sense. In other words, it is slightly uneven with respect to evoking and maintaining a wicked atmosphere throughout.

"Scour" is raw and unfiltered fury with quite a few 90s black metal influences as well as grind and death metal elements to it, and I am pretty fucking confident that many of you extreme metal lovers out there will dig this. Again, Anselmo’s varied and dynamic vocals are the high point of this release. Not surprisingly, the musicianship is excellent and the band is tight all around. These guys know what they are doing and this is most definitely a cool release, but it is neither monumental nor all-out brilliant. As I said earlier on, there is a lot of potential and wrath on display here. Many of the riffs are downright deadly, the vocals are impressive, and some of those crushing and slow parts that creep in from time to time rule, but a couple of the tunes just don’t move me that much. That otherworldly vibe that I so love and crave is simply missing in places. Anyway, check out the vicious "Dispatched" and the claustrophobic "Tear Gas" as they are the two highlights of this EP in my crappy opinion.