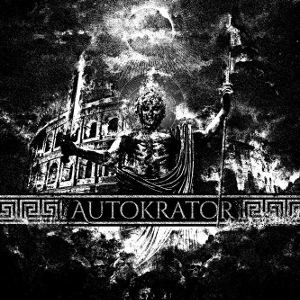 I recently reviewed the sophomore album by this ugly French death/doom/drone/industrial metal combo, the one entitled "The Obedience to Authority", but then following that, the debut album of theirs showed up in my pile of albums for review. Unlike the sophomore album, which I like, the debut album of theirs is slightly more monotonous and one-dimensional, which is to say that the songs lack individuality and they all kind of just melt together somehow. I guess you could say that some of them are interchangeable, but then on the other hand the album does have its moments in places. The murky, sinister, and claustrophobic atmosphere is very much in place here, and the vocals are wicked, but, again, the songs lack variety and diversity. It feels like listening to one long track at times and instead turning into something trance-like or hypnotic it simply goes on and on and on without offering much in the way of memorable passages or great riffs or anything of that sort.

Musically and lyrically, I consider "The Obedience to Authority" superior to this particular piece of work, and the former is more dynamic and captivating, but I must say that the lyrical concept revolving around the ancient Roman emperors and their deeds is quite intriguing and cool. Roman history lends itself well to the pulverizing and inhuman music spawned by Autokrator, and that is definitely one of the more positive aspects of this album.

"Autokrator" is relentless and devastating industrial death/doom metal, but not a whole lot more than that. Like I said, this disc is not without its merits, but you might find it a tad too repetitive. Me, I prefer "The Obedience to Authority" to this one.