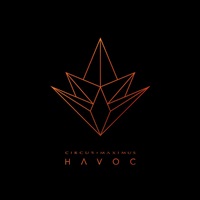 Steadily gaining credibility through their three album discography, if there were ever a chance to launch into broader, more original horizons now would be the time for Norway’s Circus Maximus. Establishing a melodic, progressive metal following, it can be dangerous when launching into new waters – my belief is as long as the band approaches their ideas genuinely and fleshes them out to enhance their sound, most of the people will buy into the process. Which brings us to "Havoc" – the fourth studio album and first since the most impressive "Nine" which hit a lot of critical year end lists beyond the ProgPower maniacs who also expressed their pleasure vocally.

A lot of the djent aspects in certain sections of "After the Fire" are offset by the jazzy, progressive instrumental elements and Latin percussion hits while the guitars of Mats Haugen smoothly glide in and out in exquisite, tasteful phrasing. The commercially, modern rock meets Gary Glitter vibe that is the title cut is probably best left alone, American-ized melodies and tricks beneath the abilities of Circus Maximus and the ‘hey’ background oriented chorus just as pedestrian. Other songs exude brilliance because of the premiere melodies and sophisticated phrasing of vocalist Michael Eriksen – check out the bright AOR aspects during "Flames" or the varied low to high register work for "Remember" to understand how much individual character Circus Maximus gains through his exemplary singing.

Keyboard layering, technical sections that often drop on a dime to atmospheric, tranquil bliss, driving tempos, the quality of "Havoc" should move the band beyond musically inclined progressive followers and into that rarified crossover status where other factions willingly check out the band. I believe "Nine" was a tad stronger, but "Havoc" deserves credit for not being a replication of said album and aiding CM’s quest for originality.