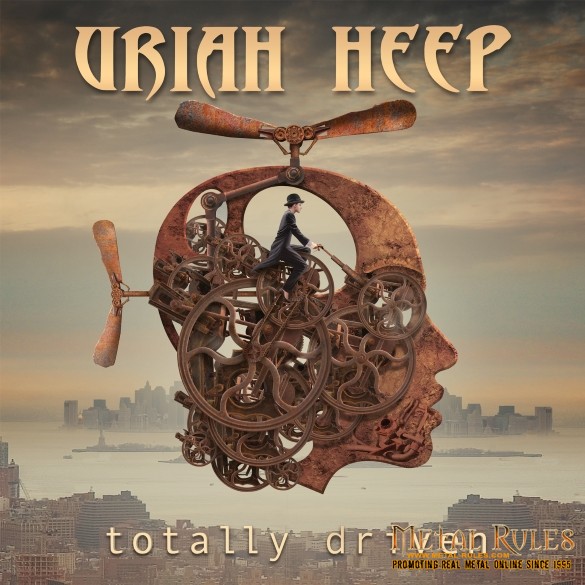 «Totally Driven» is an interesting 2CD release, one that I had not seen coming, to be honest with you. It is an anthology of sorts consisting of 27 re-recorded tracks by the progressive hard rock monsters Uriah Heep, but they were not re-recorded recently. All these versions stem from a 2001 recording session when Mick Box, Lee Kerslake (I love that man’s drumming, by the way), Phil Lanzon, Bernie Shaw, and the late Trevor Bolder were all members of the band. Intrigued? Well, you should be, that is if you like Uriah Heep, of course.

A lot of the classics and their well-known tracks are lined up and included, which immediately lends a sense of something familiar to the whole thing. You know the songs, but unless you got a hold of the «Remasters» release back then or the «Gold: Looking Back 1970-2001» release that was never sanctioned by the band, these versions will most likely be a new and different experience for you. The thing to keep in mind is that when Uriah Heep originally wrote and recorded these songs way back in the day, they were something else entirely. They were original and innovative. These re-recorded versions are merely slightly different or re-interpreted versions of old classic, but I must admit that they sound good and that I like them. Very often bands fail miserably when they re-record older material, but I think Uriah Heep have done fairly well here. While probably not the ideal place to start if you are looking for an introduction to the band’s music, «Totally Driven» is nevertheless an entertaining and solid release by a bunch of world-class musicians. Hardly essential, but still worth investigating.