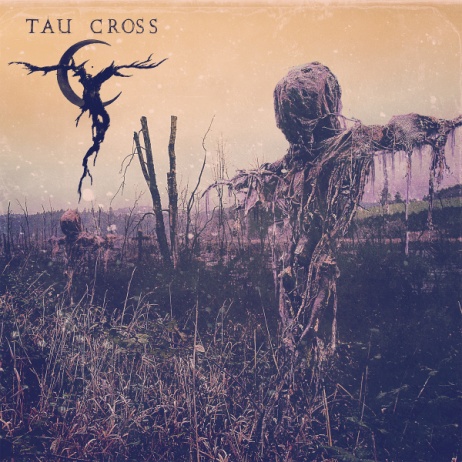 Tau Cross is a punk/metal crossover ‘supergroup’ formed by Rob Miller of UK veterans Amebix and Away of the hugely influential metal act Voivod. The remainder is fleched out by members of crust act Misery.

On hearing the first two songs, my hopes for this album soar. ‘Lazarus’ and ‘Fire in the Sky’ have that perfect punked-up space rock sound. Away’s drumming is as ever quite understated, but he always seems to do the right thing – a slight reat here or a double snare there that brings that ounce of extra life and power to the songs. Epic. The vocals are great too and the chugging guitars drive the whole thing along.

Then we hit track 3, the d-beat ‘Stonecracker’. This sounds like a 70’s Motorhead B-side. And I can’t help thinking of ‘Snaggletooth’ and all those songs called ‘Skullcrusher’ every time they hit the chorus. The quality improves, but because tracks 4, 5 and 6 ‘Midsummer’, ‘Hangman’s Hyll’ and ‘We Control the Fear’ are a little on the slow side, they don’t manage to fully reinstate the energy of the first two songs. So although they restore my faith in the band, it is now sadly clear that this will neither be a classic nor indispensible album.

The pace picks up again for side two opening with ‘You People.’ It is also here that the programming working in the background becomes more evident, adding texture. ‘Prison’ is a solid piece of power pop crust punk, even if the chorus is a little on the obvious side. And on to the end in similar fashion with ‘Our Day’ as highlight.

Ok, so this is a good album and all of the people involved can be heard enjoying their involvement in the project. For my money, a 4 track EP featuring ‘Lazarus’ and ‘Fire in the Sky’ with a couple of other songs would have been an unbeatable proposition. The album just never lives up to the promise of those two tracks. Overall then, not one to rush out and buy. Perhaps fans of Amebix (of which I am not one) will get more out of this than I did…