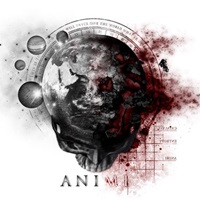 At this point it’s so tough to put a specific label on certain artists who incorporate at least 3 distinct aspects to their style. Taking in "Animi" from the UK’s Subversion, there is clearly a djent outlook in the guitar and tempo play, but also a technical/ brutality component when it comes to the musicianship – beyond the extreme to clean vocal elements. So who am I to argue with their melodic tech metal tag they place upon themselves – Meshuggah and Periphery matter as much as say Lamb of God or Killswitch Engage, as computer / digital effects go hand in hand with down tuned grooves, heaviness, and swirling intricacy in the riffs and time signature changes.

"Catalyst" has a Morse Code-oriented instrumental section sure to incite walls of death, while the follow up "Imperfect" possesses a lot of high octane guitar tricks against some savage screams, growls and occasional on point clean melodies. Occasionally the nu-metal tag that originated on the west coast comes up in certain riffs for "Illusion of Eternity", but overall by the time I hit the closing, atmospheric to electric tug of war-like title track, I didn’t feel the motion sickness that can happen from a majority of the tech metal bands. Not overbearing in terms of time length at a tidy 42 minutes, "Animi" could gain an underground swell of appreciation if Subversion are as convincing live as they are in the studio.

It’s a wide open world in terms of the metal industry these days, so for those of you who enjoy sub-genres careening together in a cocktail served melodic tech metal, this could be a platter to champion for a while.

THE CLAN DESTINED – In the Big Ending