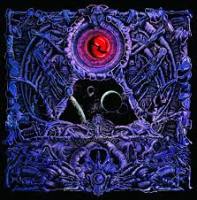 Skelethal play their death metal as if it was 1992 and they were going out to support Entombed on some Earache sponsored tour. The guitar sound and the chosen pathway evoke the early days of the DM genre so closely. It is not just the doom-heavy guitars but the whole approach reeks of the scene from those days – the touch of thrash thrown in, the grinding turns of speed and the punk edge to some of the riffing. In simple terms, "Interstellar Knowledge of the Purple Entity" is something very easy for someone of my advanced years to like because it so faithfully references the era in which I first found my way to extreme metal.

For those to whom that makes little sense, Skelethal create atmospheric death metal where the emphasis is on catchy writing. It is technical at times, but not overtly so, and always to serve the needs of the song, rather than because the guitarists want to break out their new 7 string axes.

The only question is: does "Interstellar Knowledge of the Purple Entity" show Skelethal at their peak or can they go up another level on their next full-length and achieve true greatness?