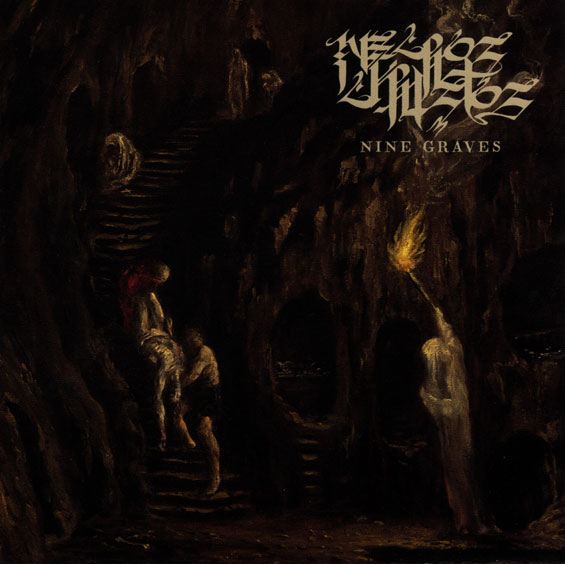 Necros Christos is among the "new" corps of  formidable and geniually good death metal bands that roam the pages of various metal magazines.

I have given both of the full-lengths massive play time in the last 5 years or so and I never seem to get tired of neither.

This german outfit have announced that with their third full-lenght they will call it quits and while we wait for their third opus of deadly hymns of atmospheric death metal they provide us with a little teaser in the form of the 40 minutes long EP "Nine  Graves".

As usual NC go for the jugular when it comes to atmosphere and pure richness in the music. They once again supply each track with an interlude aptly called "Temple I" and so on.. The temples is instrumental short melodies that provide the haunting setting every NC album so beautifully delivers.

Vocalist Dalos Ra has an superb voice to accompany their brand of cold and melodic death metal that NC does and I never get bored of his somewhat monotone and just pure evil voice. The music on "Nine Graves" follows up nicely to "Doom of the Occult" (2011) and it´s musical spells wont let go of you before the ending of the last temple.

This is pure and true (in the right word, not the media hyped version of it) death metal done like it should be done. This is music for the history books this is Necros Christos!