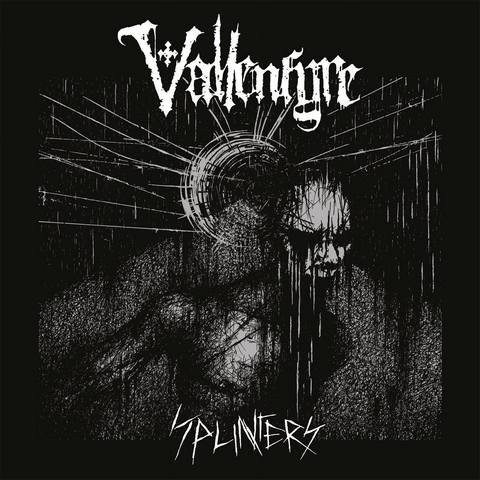 Vallenfyre started out as a side project/one album deal by Paradise Lost frontman Gregor Mackintosh. Their debut album "A Fragile King" proved to be one of the most formidable death metal albums in many years (and a personale favorite of mine) so thankfully Gregor & Co decided to make a follow-up to the mighty "A Fragile King"

"Splinters" follows in the same direction as the debut. Uber heavy death metal with nods to both the old and the new school of extreme music. Soundwise they follow the same formula as before and that´s one of Vallenfyre´s strong points. The production is dark but massive and combined with Gregor´s vocal it sums up to a chrushing musikal session.

The mighty riffs are of course present. The guitar work drills a hole in you forehead, it´s that heavy and Adrian Erlansson´s drumming is on par with the debut.

"Splinters" are stronger as a whole than all the parts combined. The songs and it´s arrangements hits home like a fist on the nose, but I must admit they are all not equally strong (like they where on "Fragile").

Some tends to be a little repetetive and loose some of the intensity after a couple of minutes.

To sum it up, Vallenfyre deliver once again a heavy as f**k death metal album, that for sure deserves your attention. If you´re one of those that still yet haven´t checked out their debut, run to the nearest record shop and get it!

PYRRHON – The Mother of Virtues