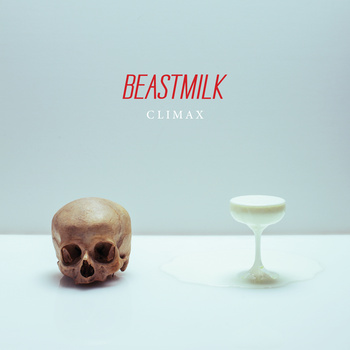 WTF? After listening thru Beastmilk´s debut album "Climax" , all I can studder is "what just hit me"?

This is some of the weiredest (in a positive and creative meaning) and most interessting thing I have heard in a long while.

Giving notice to everything from punk, pop to extreme thrash riffing "Climax" lands on one hell of an foreward thinking and interessting album.

"Climax" being the debut for the Finnish lineup, Beastmilk crosses over multiple genres and lands on an (yet) unnamed genre but these guys (the vocalist is american) just owns the thing right away.

The combination of melody, intensity and just good old listenable punkish music makes the album an unique touch of something freesh. The vocal is mellow but with that sharp undertone of seriousness that combined with well played and easy listening arrangements just appeals to even the most extreme metal oriented out there.

Beastmilk hits home with "Climax" and no, it may not be for everyone but you owe it to you self to check it out.