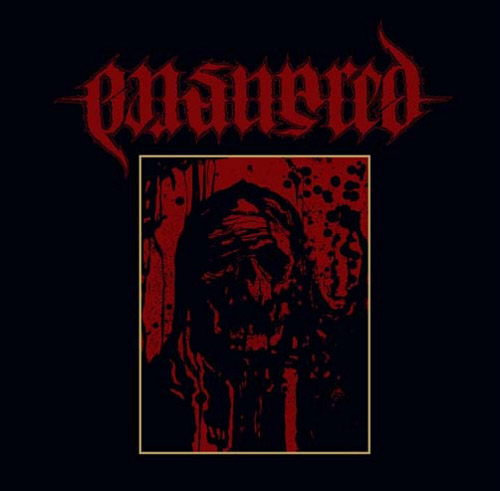 Four songs put safely in the death metal genre that both impresess and to some account does not. It´s safe to say they know how to handle their instruments and they fill up on both evilness and intensity but it feels that something is missing.

They do not sound like your well-known swedish death metal bands but have a more american approach on their old school formula and that should count for something.

The sound and apperance is ugly and the material performed works out well but in the ocean of vintage sounding death metal it´s missing the final nail in the coffin to make it an record to listen to more than just now and then. It´s good death metal, make no mistake, I just dont get that creepy feeling a more than good death metal release produces.

The ancient and to some extent mystical output make "Ravenous Damnation´s Dawn" an release that deserves more that hopefully will come on their full-length debut.

REPUKED – Up From The Sewers