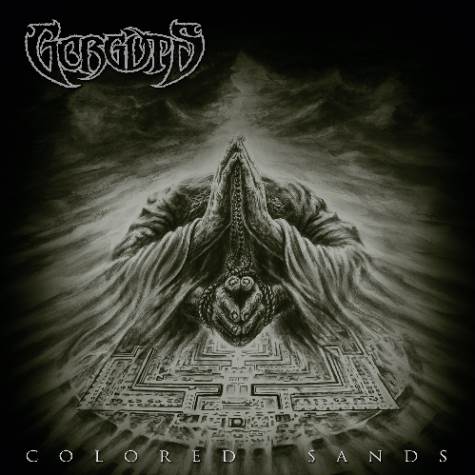 Ahhh, finally! At last Luc Lemay and his Gorguts got their collective finger out and released an follow up to 2001´s "From Wisdom to Hate". Not their best release but a fine addition to their previous three during the 90´s.

Gorguts have allways done their death metal with finesse and a massive layer of complexity so their music has not been for everyone. Their landmark release "Obscura" is just that, an obscure piece of technicallity with a lot of differnt flavors added on top to create a cace that took some time to digest.

As 2013 rolls on Gorguts present their fifth opus "Colored Sands" and for those that was worried this was "Obscura" part 2 can ease their mind.

Lemay & Company does not take it all the way on "Colored Sands" but follow in their own footsteps influences from all over the spectre, accompanied with Lemay´s fantastic death metal growl. He has for sure one of the most interessting voices out there put on top of this musikal landscape.

The music have a lot of different parts that are tied to gether brilliantly without sounding to complex or to "nerd". The intstruments flow hand in hand with Lemay´s voice and the arrangements are mid range complex to digest.

It feels good to finally have Gorguts back on track and with "Colored Sands" they will for sure gain some new deserved recognition after this.