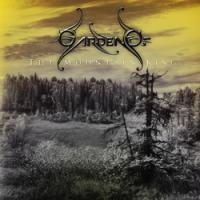 GARDEN OF – The Mountain King

The second album from Norway’s Garden Of, "The Mountain King" is a 7 song, 52 minute exercise in progressive rock/ metal with an old school meets new school outlook. Taking cues from King Crimson as well as Opeth, expect lots of jam-oriented musical interaction and time signature/ dynamic contrasts. Sometimes very quiet and subtle as in the title cut, often mysterious and left field such as the guitar bends and rhythms for the follow up "Facing the Crisis".

As a vocalist guitarist Oyvind Hokstad has this weird Mike Patton vibe going on- and yet struggling to match up often to the progressive rock material at hand. After a cool bass/ guitar groove montage that opens "Four Pillars", Oyvind attempts to climb and ascend with the changing rhythms and it’s just a tad awkward- I much prefer he stay within the lower and mid-range tones that naturally suit his voice. Highlights include the bass antics of Eirik Mathias Husum on "Cycles", and the closing 11:34 epic "Ghost" that opens with a 70’s acoustic folk meets Spaghetti-Western vibe before the electric madness begins and you will unwind with dynamic contrasts of softer verses against harsh choruses- reminding me of the best Fair To Midland material on their most recent album.

Clear chemistry flows through the veins of the quartet. Garden Of has a healthy appreciation for all eras of the progressive rock/ metal movement, and I think on "The Mountain King" exemplify strong skill sets and desire to hook in the listener whenever possible. The vocals could be a turn off for many purists, and should be something given deeper thought on their third album. Overall though, there’s plenty to sink your teeth into with this release.