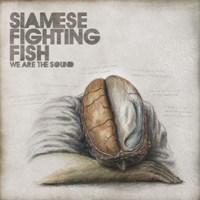 Those of you who have read any of my prior reviews might have picked up upon that I have a sweet spot for progressive metal/pop hybrids. At the top of my list are Frost*, Tool and The Intersphere. The Danish ensemble named Siamese Fighting Fish have a lot in common with these bands. Particularly Frost* and The Intersphere share commonalities with SIFIFI when it comes to the catchy cliché filled hooks and melody lines displayed. The reason I am a little restrained in my enthusiasm when it comes to “We Are The Sound” is that the music is closer to pop than the other previously mentioned. And by pop I mean the emo-infused choruses that color almost every song. The somewhat muffled progressive aspects on the album made it fade in interest a little bit faster than I would prefer.

The production also reminds me of the latest album from The Intersphere. The melodic content is undeniably consistent. The brain glue factor is imminent. On the other hand, I find the album to be most engaging when it dives into progressive crossover landscapes. Differing from Frost* and The Intersphere SIFIFI not only takes on traits from progressive metal and rock. They also incorporates hardcore and screamo elements, as well as violin and trumpets here and there. These various elements makes SIFIFI stand out from the lot. This is without doubt a playful and most promising debut album.

I find half the album, when the sound are leaning more towards its progressive side, to be more engaging. The rest of the songs are well composed pop/rock songs which only partly works. When SIFIFI takes off, however, I must admit I really dig it. Standout tracks are “Chronicles of Lovers”, “The Day Me and my Friend Quit Die”, “Perfect Human Being” and “A Liar Cried Wolf”. These four tracks are worth the album price alone. I can’t wait to see how SIFIFI will do in the future. I cross my fingers and hope they become even better next time around.